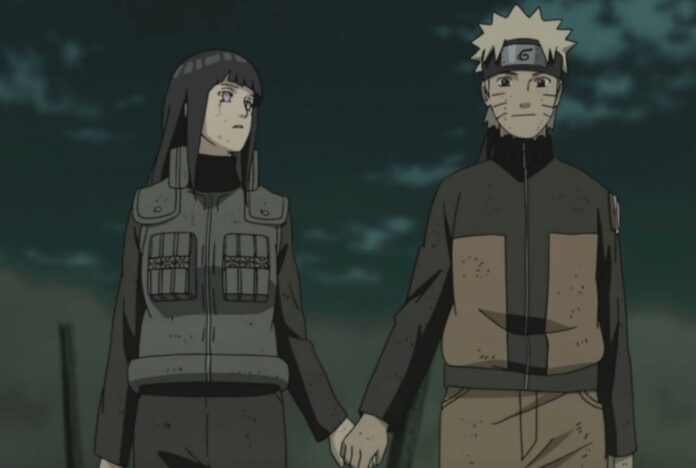 INFPs are the sweethearts of the MBTI typology. We love their kind heart and the time they have for those they love. If you are a fan of anime, you probably want to know more about the INFP anime characters. I had the same thought!

So, I have compiled a list of all the INFP anime characters I could find.

If you have watched Attack on Titan, you have probably seen Armin Arlert. He is depicted as a loyal and selfless person who can do anything to help his friends.

As a child, Armin has been depicted as someone that is curious and wants to know how the world ticks. He also places emphasis on his passion and that clearly influences his career choices.

While this character doesn’t seem like your normal INFP, we believe he is. He is clearly an introvert who has a lot of negative feelings for people. But here’s why he feels this way.

He’s been bullied and mistreated all his life. Clearly, Junpei is going through the INFP dark side. Eventually, he was able to break free from this dark side.

If you are going through something similar, this character can serve as a source of inspiration.

If you have watched Naruto, you probably have met Hinata. She is depicted as someone who is excessively kind and hates conflict.

Hinata is also very reserved and quiet. She sounds like an INFP with a type 9 personality. We also see some of the trauma that some INFPs go through as she faces some terrible childhood issues.

We have no doubt that she’s INFP. Hinata deserves to be on our list of INFP anime characters.

Here is the best of Hinata and Naruto moments throughout this anime.

Killer shows some of the core qualities of an INFP. He is fairly reserved and is kind to those he cares about. He is also depicted to be quiet and polite.

While this is true, Killer also shows that INFPs can stand up for themselves when it matters the most.

Ken Kaneki can be described as a textbook version of an INFP. He is clearly an introvert who loves reading books and spending time to himself.

He is described as gentle and modest throughout this anime series. If there is anyone who deserves to be on this list of INFP anime characters, it’s Ken Kaneki.

Aoba is described as shy, reserved, and even sometimes timid. However, his brain is always buzzing with ideas and that clearly shows how intelligent he is.

INFPs are usually mistaken for being timid especially if they are conflict-averse. Aoba Hashibira fits into this picture perfectly.

We see two different versions of Sousuke throughout the series. The first version looks like an immature INFP version. This is during his early childhood days.

Here, he is depicted as a bully and rude. He is also depicted as someone who really is not nice to others.

However, by the time Sousuke seems to reach middle school, he seems to have found himself. He is now calm and considerate. He also shows signs of the INFP dark side as he deals with slight depression and loneliness.

If you are a fan of Vinland Saga, you probably have heard of Baldr. He is prepared by his dad Floki to take over the leadership of his clan.

However, INFPs are not moved by the prestige of careers. They want to truly do things they love and are passionate about.

Thus, Baldr pushes against his father’s wishes throughout the series. However, the welfare of his people means a lot to him. This shows throughout this anime movie. This list of INFP anime characters will not be complete with Baldr.

Adam West is a Mayor in Family Guy. He has the same intensity that is common among INFPs and INFJs. He is also described as soft-spoken and a bit crazy.

Cordelia is a shy and reserved woman at first at least. Throughout the anime series, Cordelia’s gender evolves and she eventually takes up Halvar which is a male name.

Cordelia is depicted as someone polite and well-mannered. We first thought she was an INFJ. However, she clearly is an intuitive person and shows that she has no issues ditching the norms and traditions.

Are you a fan of sleeping beauty? If you are, then here’s a small gift. Sleeping beauty is an INFP. I think this is pretty obvious.

She’s reserved, quite emotional, and very spontaneous. She makes friends with the oddest characters and doesn’t seem to mind one bit.

We love sleeping beauty and we think she’s an INFP.

Crona is the perfect example of an INFP with a dark side problem. As described by Frank Stein in this series, she is clearly an introvert.

They are described as negative, pessimistic, and with an unbalanced state of mind. This is also what makes Crona quite dangerous throughout this anime series.

Crona fits perfectly into any list of INFP anime characters.

Isla is an innocent and sweet person. She seems quite aloof when we first meet her. However, she clearly shows her emotional side as the movie goes on.

She is prone to jealousy and cares deeply about others. Clearly an INFP.

Rinko Yamato is clearly an INFP. She likes the idea of romance and falls in love pretty early in the anime series.

She is depicted as kind and intelligent. While this is true, it is clear that she puts romance and her emotions first throughout the anime series.

She also shows streaks of jealousy and has some emotional issues. We strongly believe that Rinko Yamato is an INFP.

If you are a big fan of death parade, you’ve probably met Chiyuki. She is depicted as a kind and sweet person. However, as Chiyuki develops, she becomes more assertive and can now stand up for what she believes in.

We believe that Chiyuki is an assertive INFP. Everything points us in that direction.

So there you have it! That’s all the INFP anime characters we could find. If you have more suggestions, you can always tell us in the comment section.

ENFJ vs ESFJ- How Can You Tell Them Apart?

Who is the Turbulent ISFJ (ISFJ-T)?