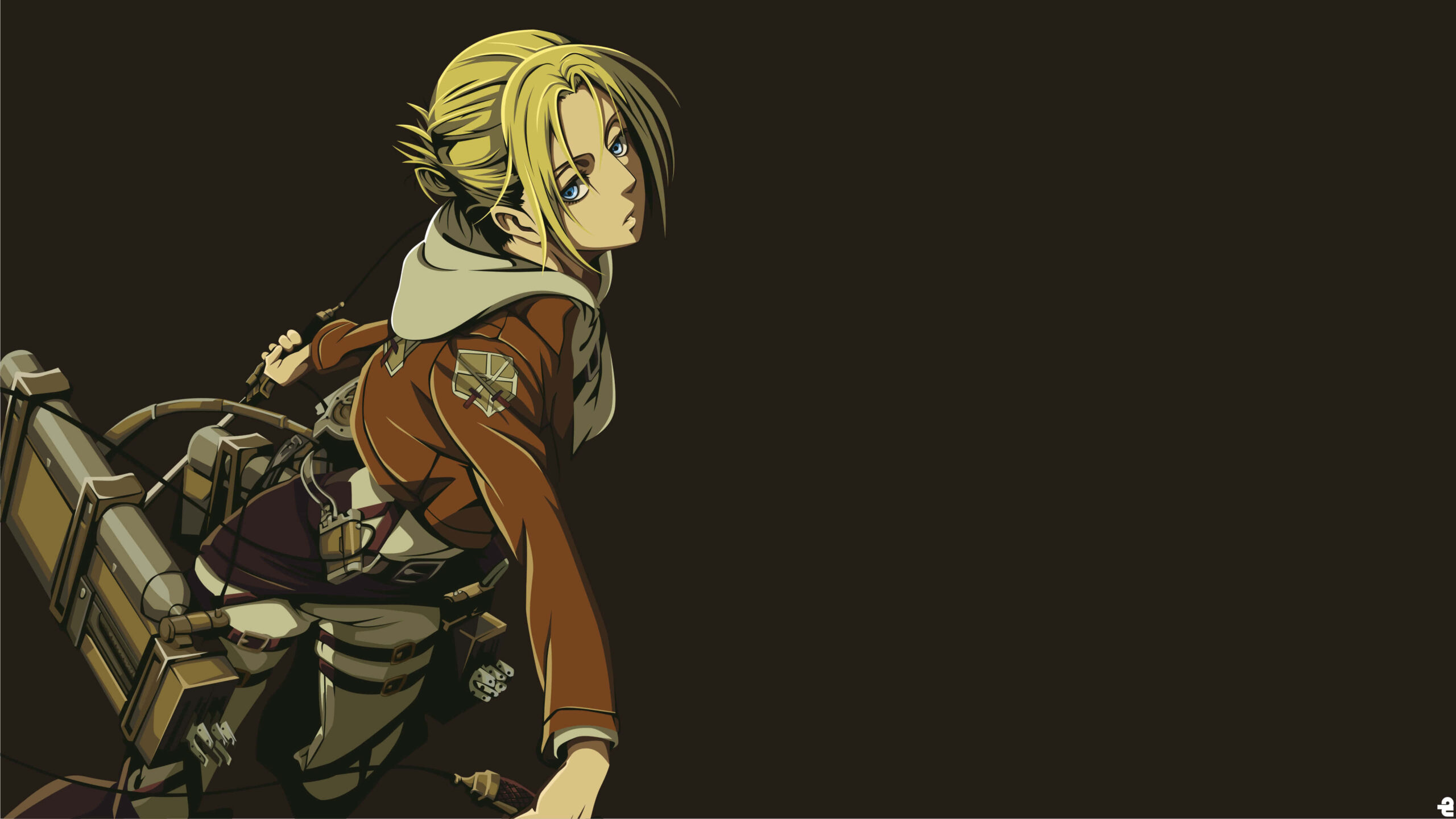 ISTPs are the virtuoso of the MBTI typology. They love getting their hands dirty with really cool cars and can be really smart. Well, at least that’s the stereotypical belief about ISTPs. Well, today, we’ll talk about the best ISTP anime characters we could find.

I managed to compile about 16 ISTP anime characters. So, let’s get started.

Annie Leonhart is one of the main antagonists in this anime series. She is described as reserved and an isolated figure. She also knows how to hide her strongest emotions from her face.

At her best, she is sarcastic and has an interesting sense of humor. Just like most sensors, Annie definitely believes that everyone should have a firm sense of justice and duty. We have no doubt that Annie is an ISTP.

Here’s the best of Annie Leonhart in Attack on Titan.

Just like most ISTPs, Mai Zenin is depicted as a blunt and straightforward person. This, however, does not always put her in a good light.

Mai Zenin is a great example of an ISTP who has gone through a lot of trauma and abuse during childhood. If you plan on watching Jujutsu Kaisen soon, you should look out for Mai Zenin.

Saitama is a really interesting character. Just like ISTPs, he lives a very spontaneous life. He’s always looking for some new challenge or a different opponent.

On a normal day, Saitama is resolved and quiet. Most times, you can even describe this anime character as being aloof and indifferent.

However, Saitama thinks logically and has no patience for those who beat around the bush. We strongly believe that he deserves to be on this list of ISTP anime characters.

Bjorn is depicted as an extremely strong warrior. Just like ISTPs, he is extremely good with his hands and feet. He seems to be introverted and is quite committed to the cause and to his best friends. He takes his duty seriously.

Bjorn is definitely an ISTP.

Afro is often depicted as a quiet character. He rarely laughs and is also quite stern. Just like most ISTPs, this character is especially good with his hands.

He’s also one not to enjoy a lot of talking. We see this clearly in his dealings with Ninja Ninja. We believe Afro is an ISTP.

Ryuk is a character that shows the ISTP’s need for the thrill or for spontaneous activities. This character gave away the death note just because he was bored.

The entire anime series happens to be motivated by Ryuk’s need for entertainment. However, we also see Ryuk as calm and not much of a talker. He also thinks about the present and values it more.

This has ISTP written all over it.

If there is one thing we know about ear, that’s how reserved he can be. He says very little and this stays with him throughout Vinland Saga.

Ear is very efficient at his duty. He does it with an air of obligation to the Askeladd company. This makes him trusted and extremely reliable.

Ear is truly an ISTP.

Sakura is depicted as someone that is aloof and rarely shows emotions. She is extremely logical.

When dealing with various challenges, she knows how to detach feelings and emotions from the problem. This allows her to deal with these issues objectively.

We have no doubt that Sakura is an ISTP

Toph shows off the adventurous spirit of the ISTP. He is depicted as one that has no problem saying exactly how he feels and confronting others.

He is also quite stubborn and wants to be independent. This definitely screams ISTP in our opinion. If you want to have a glimpse of this character, you should watch the last air bender.

Dutch is the negotiation guy in the black lagoon. He has the thinking and diplomatic skills to get this done. For this reason, we believe that Dutch could also be a 9w8.

He’s chill, easy-going, and can be blunt when he needs to be. Dutch is also good with his hands and is often portrayed as a good fighter.

Dutch definitely deserves to be on this list of ISTP anime characters.

Guts is depicted as someone who is seen as cynical and quite stern. However, this is only because he is calm and reserved.

Guts is quite compassionate and cares about the people he loves. However, he is guarded with others he doesn’t know or trust.

Guts displays qualities that suggest he is an ISTP.

Kirito is someone who loves tech. For this reason, he is usually described as anti-social and seemingly different from others.

He is also very direct with his thoughts and can be insensitive with his words. However, Kirito is clearly reserved and seems to be the man for emergencies.

He never caves in when facing pressure. He seems to even love the thrill. ISTP it is then!

The strong-silent type. These are the words usually used to describe Mori Senpai. This character is quite reserved. However, this does not mean that he is clumsy or unsure of himself.

On the contrary, Mori shows outstanding qualities and can be quite intimidating. We believe that Mori is an ISTP.

Touka is a great example of an unhealthy ISTP. She suffers from insecurity issues based on childhood trauma.

She can be blunt, reckless, and kind all in the same day. Such is the nature of her character. However, she shows that while she likes the norms of the world, she can also go against them when she feels otherwise.

Gyutaro is a complex character. Having grown up in poverty, we see his background affect his personality a bit.

He is blunt and sometimes even cruel. While he is quite the unhealthy ISTP, we still see glimpses of his true self when he is with his sister. He shows emotions that you probably never imagined this character had.

We definitely think that Gyutaro is an ISTP.

If you are a big fan of Hercules, it’s pretty hard to miss Megera. She is charismatic and quick-witted. While this is true, she is also quite reserved.

However, you certainly do not want to get on her bad side. At her worst, Megera can be quite snarky and cynical. She is also independent and this shows throughout Hercules.

We have no doubt that Megera is an ISTP.

So, there you have it!

Those are the 16 ISTP anime characters we could find. We hope you had a blast.

Enneagram 8 in Love- What to Expect in a Relationship

ENFJ 2w1- Here’s What You Can Expect

Famous ENFJ People- The Complete List across All Categories

ENTJ 8w7- Here’s What You Can Expect