ENFJ 2w1- Here’s What You Can Expect 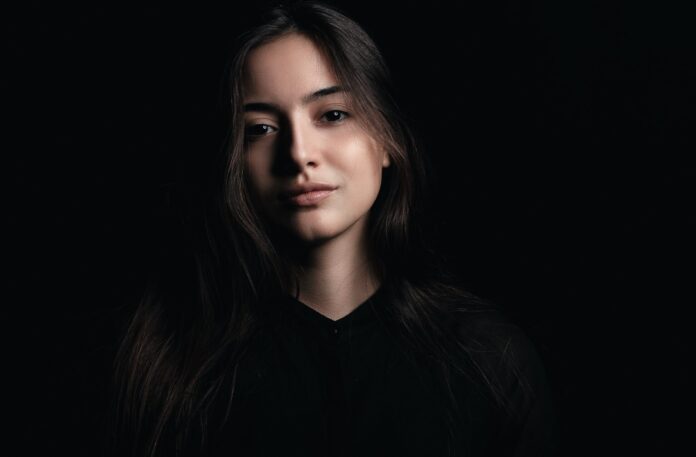 When it comes to inspiring people, no MBTI type does it better than the ENFJ. When compared with the enneagram of personality, ENFJ 2w1 is a fairly common combination.

In this article, we’ll learn more about the ENFJ 2w1 and what you can expect from them.

ENFJ 2w1 are warm and helpful people. They find joy when they are around others and are usually as people-oriented as typical ENFJs. These people also have high standards which is probably a direct impact of their wing.

Type 2 is the most common enneagram type of the ENFJ. So, there are little surprises with this combination. However, ENFJ 2w3 is far more common than ENFJ 2w1. Thus, this makes them relatively rare.

However, the presence of type 1 as their wing will change some traits of the ENFJ as we shall soon see. ENFJ 2w1 has a near equal chance of being an ENFJ-T or an ENFJ-A.

What is the Core Desire of the ENFJ 2w1?

The core desire of the ENFJ 2w1 is to be useful or helpful. They try to achieve this in many ways. This might include giving their time, motivating others, or volunteering.

What is the Core Fear of the ENFJ 2w1?

The core fear of the ENFJ 2w1 is to be seen as dispensable by those they care about. They try to avoid this by making themselves so useful that it’s virtually impossible to want them out of your lives.

How the 2w1 Changes the Natural Tendencies of the ENFJ

The first change is being helpful. Typical ENFJs are also helpful but have an air of independence. They are also more ambitious. This personality type is more hooked.

They are truly interested in making sure they are helping everyone. Thus, they might spend a huge chunk of their time taking up people’s tasks or responsibilities.

Their helpful nature allows people to rely on them and give them even more responsibility. Yes, you guessed right. They are also very popular.

Type 1 is known for their higher standards. Thus, ENFJ 2w1 has that perfectionist streak in them. They want to do things well, or even perfectly. This has its own benefits. This makes them more clinical when performing tasks.

However, it can also make them feel ashamed of their efforts when they fail. It’s a double-edged sword. The extent to which this applies will depend on the strength of their wing.

ENFJ 2w1s are blessed with the ethical perspective of their wing. Thus, they might have an inclination towards religion. This does not necessarily mean they will be very religious. However, they will believe in the existence of a supernatural being.

They will also try to do the right thing when they can. While this is true, their desires for uprightness will never be as strong as a core type 1.

You can expect to see an even stronger extroverted feeling (Fe) function. Thus, ENFJ 2w1s will be able to read the room and know what to say. They will also know how to read most people and draw closer to them.

This will also translate to their speech. They will be tactful with their words and hardly offend people. While they will have their own opinions (sometimes judgmental), they will hardly express them.

Their tactfulness will make them even more popular. That’s a good or a bad thing depending on your perspective.

ENFJ 2w1s love family and traditions. Their need to help will start in the family. Thus, they will try their best to be in a position to help others.

ENFJ 2w1s can easily become the unifying factor in broken families or families with many strong personalities. Their ability to read the room will be indispensable.

New Weaknesses of the ENFJ 2w1

Their ability to help others and their strong Fe can also be used for bad. This can happen when they are unhealthy.

ENFJ 2w1s know that they have a good reputation. So, people will never see them as manipulative. Plus, they are not as pushy as other types. So, this personality type can manipulate people into doing things very easily.

Type 1 is known for their self-criticism. They internalize their anger and are never happy with their work or actions. ENFJ 2w1s will have this problem as well.

They might feel that they are not good enough or that people only like them because they are helpful.

If this is not handled properly, it can lower their self-esteem.

As earlier stated, this personality type is extremely tactful. Thus, it’s hard to ever think they are judgemental. However, being judgemental is really what you think of others and not what you say.

ENFJ 2w1s have very strong opinions about the actions of others. They just don’t say them. They might only open up about these opinions to a tight-knit group of people.

4.   Neglectful of People They Love

Finally, their need to be helpful can lead to problems at home. ENFJ 2w1s might be so focused on being helpful to people they think are superior that they forget those who are important.

They might spend the whole day attending to people’s needs and come home exhausted. This might frustrate their partners and family. Sooner or later, it will lead to problems. Like most problems, balance is the key to solving this issue.

ENFJ 2w1 in the Workplace

ENFJs are great at inspiring people. They are also good at managing people and excel at problem-solving. They also want a job that offers career progression. ENFJ 2w1s are similar. However, they try to inspire people by motivating them to be better. Jobs that encourage this will appeal to them.

ENFJ 2w1s also like a career that allows them to work with others. To get the best out of the ENFJ 2w1, make sure their role involves creativity and a lot of interactions.

Best Careers for the ENFJ 2w1

Worst Careers for the ENFJ 2w1

Famous/Fictional Characters that are ENFJ 2w1

ISTJ Memes- 40 of the Very Best

Who is the Assertive INFP (INFP-A)?

The ENTP Male- Persuasive and Full of Charisma