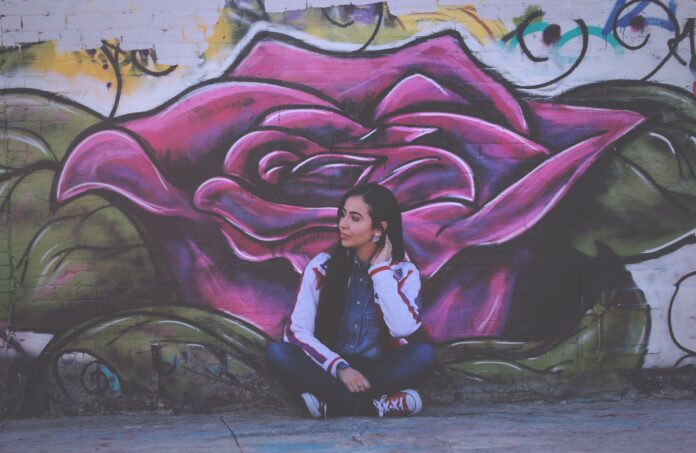 Here, we’ll talk all about the ENFP 5w4 and what to expect from them.

ENFP 5w4s are curious and analytical people. They love to ponder the many abstract concepts in this world. For this reason, they spend most of their time in their head. They also have a good grasp of logic. Thus, it’s not surprising that they might be mistyped as INTJs or INTPs.

Type 5 is not common for ENFPs. However, it’s also not impossible. The presence of both type 5 and type 4 greatly distorts the typical traits of the ENFP as we shall soon see.

ENFP 5w4s are more likely to be ENFP-As than ENFP-Ts.

What is the Core Desire of the ENFP 5w4?

The core desire of the ENFP 5w4 is to be self-sufficient. They don’t want to depend on others. To achieve this desire, they try to achieve self-sufficiency uniquely. They wouldn’t have it any other way.

What is the Core Fear of the ENFP 5w4?

The core fear of the ENFP 5w4 is to be dependent on others. They are terrified of being a burden. To them, that means their freedom to be whatever they want will be compromised.

This is one of the biggest reasons why they crave self-sufficiency.

How the 5w4 Changes the Natural Tendencies of the ENFP

Type 5s are probably the most analytical enneagram type. This shows in the ENFP 5w4. They will find it comfortable dealing with analysis and numbers. Thus careers in data analytics, coding, and programming will appeal to them.

This will also make them more observant and curious. Their analysis will be as good as any NT type.

Logic is not something that ENFPs are famous for. They are feelers and base most of their decisions on emotions.

ENFP 5w4 will be strikingly different. They understand the importance of logic. Thus, logic will always be considered when making a decision.

This creates a struggle for this personality type in personal relationships. However, because they are ENFPs, their emotions usually win.

ENFPs are introverted extroverts. ENFP 5w4s take this to another level. They are much more introverted. They will be mistaken as introverts. Thus, ENFP 5w4s are ambiverts in every sense of the word.

They love being alone for long periods. However, they are the most talkative when they are passionate about a subject. The change can be really interesting to observe.

ENFPs are known for their impulsive and spontaneous nature. While this is present in the ENFP 5w4s, it will be reduced.

ENFP 5w4s will be more cautious when making decisions. They don’t want to risk their self-sufficiency. This can include the adventures they take or even eating healthy foods.

This follows the last point. Money is usually not a known strength of the ENFP. However, money is one of the strongest determinants of self-sufficiency.

Thus, ENFP 5w4s will be better at handling their money. They might not be expert budgeters. However, they will have a good idea of what they want their finances to look like.

Here’s an article that talks about how to get better at making or handling money as an ENFP.

New Weaknesses of the ENFP 5w4

Being detached from your environment and loved ones is a type 5 problem. ENFP 5w4s can easily get lost in their heads. It’s an amazing place to be with lots of ideas and wild thoughts.

However, it also has serious implications. It makes you disconnect from those you love. People who want to talk to you might see you as unreliable or unsupportive.

As always, you need to strike a balance.

As earlier stated, ENFP 5w4s love to stay in their head. This means they regularly come up with new ideas. Unlike ENFP 7w8 who will jump at the opportunity to start a new project, this personality type will struggle to even get started.

They have lower energy levels and might miss out on many opportunities. Combine this with issues with procrastination and you’ll get the whole picture.

ENFPs are feelers. So, the very thought of them being blunt might never come to mind. Not this ENFP. Because they are predominantly type  5, they will be blunt with their words.

Their communication style will also be more direct than a stereotypical ENFP. While this is true, ENFP 5w4s are still ENFPs. Thus, they will know when to press home their point and when to withhold it.

Type 5 wants to be independent. Type 4 wants to be unique. Asking for help is not going to help them reach their objectives. So, ENFP 5w4s struggle with seeking help.

When they do, they might instantly regret asking if the person hesitates. While the desire to be self-sufficient is admirable, not asking for help can be disastrous.

Wondering if you are ENFP 4w5 or ENFP 5w4? Here are some of their common differences.

ENFP 5w4 in the Workplace

ENFPs want a career that challenges them and gives them flexibility. ENFP 5w4s are similar. This type finds career paths that involve both logic and emotions appealing. They want their career paths to help them on their way to self-sufficiency.

To get the best out of the ENFP 5w4, make sure their role gives them flexibility and self-sufficiency. If it challenges them, even better!

Best Careers for the ENFP 5w4

Worst Careers for the ENFP 5w4

Famous/Fictional Characters that are ENFP 5w4

Who is the Assertive INFP (INFP-A)?

INFJ 4w5- Here’s What You Can Expect

ENFP and INTJ Relationship- Sailing Away With Love