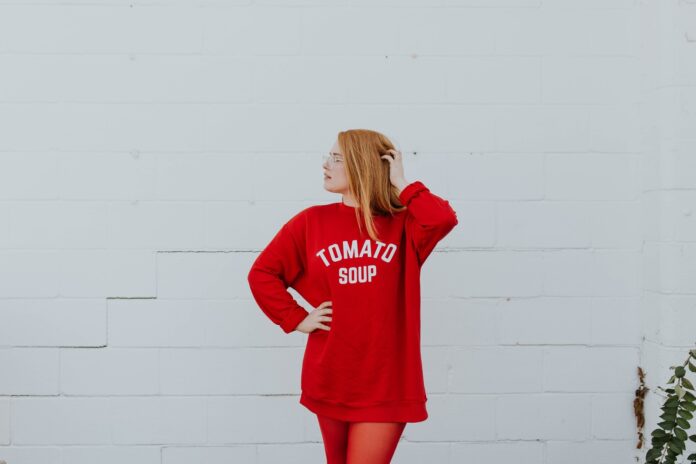 Is one of your greatest assets your sense of style and fashion? Do you seek to have your own unique identity while looking successful? Are you into arts and aesthetics? If you answered yes to all or a majority of these questions, chances are that you are an enneagram 4 wing 3. We’ll just call you 4w3.

Every enneagram type has two types on either side. These types are the wings of the type in the middle. The wings add a flavor to the main type.

Thus, an individual often has traits of both wings in their personality. However, one of the wings is more dominant.

Enneagram 4w3 is the personality type where type 3 is the dominant wing. 4w3s are often very stylish people. Because their wing is type 3, they will also be success-oriented.

Thus, you get a person who can appreciate the need to work hard and also be intrigued by aesthetics. While type 4s can be accused of being self-absorbed, the presence of type 3 as a wing reduces this effect.

Thus, 4w3s are more people-oriented and likely to put themselves on the line. Because of this, people often feel appreciated or validated when they are around this type.

They are also very organized and efficient in whatever they do. While their wing affects their personality in so many ways, 4w3s are still type 4s.

Thus, they are often sensitive and swayed by their emotions. So, emotional issues or stress can seriously dampen their spirit.

When at an extreme, this can hinder 4w3s from achieving their own goals. Type 4 and type 3 are under the same triad of shame and feeling.

So, 4w3s are very protective of their image and want to be viewed positively by others. To do this, 4w3s try to look as unique as possible. To them, being unique and successful is the only way to look good and be accepted.

4w3s are often seen as elite, embodying the very personae of an aristocrat. Overall, they are sensitive and driven people with a touch of art.

While enneagram 4w3 often look alike, there might be slight or major differences between them. This is often because the strength of their wing might vary. Usually, the strength of the wing can be classified into strong, average, or weak.

This sub-type shows strong traits of their wing. Thus, they will be more success-driven and ambitious. They will also be more extroverted than their counterparts.

4w3s with a strong wing will also be big spenders. They will love the luxurious life and have the determination to be successful.

This type will look more like enneagram 3w4. To learn more about 3w4s, you can click that link.

This sub-type shows moderate traits of their wing. They will be more artistic with regular streaks of hidden ambition.

4w3s with an average wing will likely find a balance between their quest to be unique and the need to be successful.

This sub-type shows weak traits of their wing. Thus, they will be more introverted and sensitive. This sub-type will look more like a core type 4.

Thus, all the traits of type 4s will be on display. However, they will have flashes of their wing’s need to be successful. However, it will not be significant enough to make a lasting impact.

What is the Core Desire of the Enneagram 4w3?

The basic desire of the enneagram 4w3 is to be unique. They tend to achieve this through their style and career. Thus, 4w3s will look to build up a career that is unique to them. Combine this with their style and you get the 4w3 in all their glory.

What is the Core Fear of the Enneagram 4w3?

The basic fear of the enneagram 4w3 is to be rejected and ordinary. Thus, to combat this, they strive to be as unique as possible.

They believe that being their own person and having success will make people appreciate them even more.

Strengths of the Enneagram 4w3

4w3s ooze with creativity. This type is full of ideas and can bring those ideas to reality. They are often interested in artistic concepts and abstract thinking.

4w3s often make good writers, graphic designers, or photographers. Thus, if you need someone to take on a creative role in an organization, they are often the perfect fit.

4w3s can be extremely hardworking. While type 4s might be accused of being lazy, 4w3s are the complete opposite.

When they are emotionally sound and happy, they can be one of the most efficient workers in the world. Driven by their wing’s need to be successful, you can count on 4w3s to get the job done.

4w3s are family-oriented. This means that they put their family first. They also make great parents. This is because they are often in tune with the emotions of others.

Thus, they can easily nurture their kids.

Despite their sensitivity, 4w3s are very ambitious people. They want to achieve great things and are ready to work for it.

While this is true, they can be quite picky about their line of careers. 4w3s want to be involved in a career that is both fulfilling and progressive. Anything less just does not cut it.

4w3s are very genuine. This is often because they expect the same from others. Throughout their lives, they try to be as authentic as possible. This shows in their conversations as well as in the partner they choose.

To them, being genuine and finding their true self is one of their biggest priorities.

4w3s are very much aware of themselves. Thus, they know what they are capable of and how they feel. They also know their flaws and strengths. Thus, 4w3s have a good understanding of who they are and what they want to be.

This self-awareness comes in handy when they have to make big decisions.

Weaknesses of the Enneagram 4w3

4w3s want to be seen or viewed in a particular way. Thus, they often have to know if they are pulling this off.

This leads to a need for validation. 4w3s often need to hear others say things about themselves to feel good. While this is true, this does not necessarily mean that 4w3s are people-pleasers.

It simply means that they feed off the adoration and appreciation of others.

4w3s face a struggle with envy. For every 4w3, envy can be different. For some, being envious means wishing they had a different life.

It might mean wishing their lives were as perfect as someone else. This is often spurred on by social media and how people portray their own lives.

4w3s often feel like they have to do better and are envious when they seemingly cannot match the lives of others.

3.      The Struggle with Complacency

While others term 4w3s as lazy, that is a bit of a stereotype. 4w3s are not lazy people. They simply have a struggle with complacency.

4w3s often complain of not having the same amount of energy as others. While 4w3s are complacent, they often have big goals and dreams.

If this weakness is not worked on, they can never reach the heights they crave.

4w3s often have emotional responses to stress. Thus, they might withdraw or suddenly burst out with anger when stressed.

It might also make them unproductive as they become more self-absorbed during this period.

Just like other enneagram types, certain things can stress 4w3s out. Here are some of the most common ones.

4w3s do not like to be criticized. This might be because they are quite sensitive. When they are criticized, they can become defensive or have an emotional response to the problem.

The good thing though is that 4w3s eventually come around to understanding that feedbacks are often great avenues to improve.

As earlier stated, 4w3s are very ambitious people. Thus, they often have targets that they want to meet. If they don’t meet them, it can weigh them down and get them all stressed out.

4w3s are often bursting with so many ideas and creativity. Because they are often introverts, it can be hard for them to express themselves.

When they do express themselves, it can be really stressful if people don’t understand them or simply misinterpret the things they have said.

For 4w3s, this can be a bit heartbreaking.

4w3s are genuine people. This often comes at a price. They do not like small talk. Thus, being trapped in a conversation that is surface talk can be stressful and exhausting.

4w3s usually have to withdraw to deal with the aftermath of small talk. It’s that bad.

This creates an individual who wants to have money to satisfy their unique taste and style. However, they will never be as motivated by money as a core 3.

Wondering if you are a 4w3 or a 4w5? Here are some of the common differences between these types.

Wondering if you are a 3w4 or 4w3? Here are some of their core differences

The natural partners of 4w3s are type 5 and type 9. They are also compatible with type 8 and type 6. However, any two mature people can make a relationship work.

Fictional and Famous People who are 4w3s

Careers to Avoid for Enneagram 4w3

Omnivert vs Ambivert- What’s the Difference?