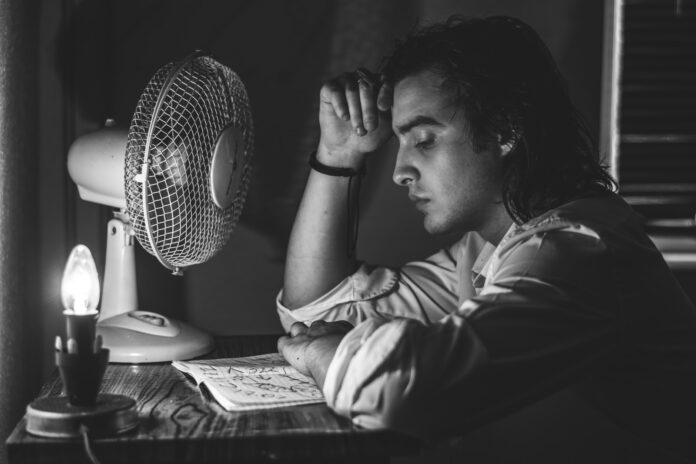 Are you interested in being unique and self-sufficient? Do you spend large amounts of time in your head thinking and analyzing? Are you often drawn to creative works? Do you like to be involved in academics in one way or the other? If you answered yes to all or a majority of these questions, chances are that you are an enneagram 4 wing 5. We’ll just call you 4w5

Every enneagram type today has a type on either side on the enneagram chart. To the type in the middle, these types are its wings.

The wings exert a level of influence over the main type and change some of its core characteristics. While everyone uses both of their wings, one wing is usually more dominant.

For enneagram 4, the two types by its side are type 3 and type 5.

These are people who want to be unique and self-sufficient. The need for type 4 is to be accepted by people for their uniqueness is reduced by their wing’s need to be detached.

Thus, 4w5s might be more isolated and aloof. They might also spend a large amount of time in their heads thinking and analyzing various concepts.

The brain of this personality type is always filled with new ideas. Because they have a wing 5, they can take criticism more readily.

4w5s are intense people who look for authenticity in others. They are also very curious about the world they live in. It is not a surprise then that a good number have a love for the academic world.

When faced with stressful situations, 4w5s can quickly withdraw themselves and live in their head. This can be quite frustrating to those around them.

Unlike 4w3s, they do not especially crave the validation of others. Instead, 4w5s are more self-absorbed in life and tend to focus on their own interests first.

Overall, 4w5s are intuitive people who want to make an impact and are self-sufficient.

While 4w5s have common traits, they may differ. This is usually down to the influence and strength of their wing.

Its strength can be classified into strong, average, or weak.

This subtype has strong traits of its wing. Thus, they will be more detached and less sensitive. They might also spend more time thinking and fantasizing.

This type is more likely to be more interested in academics. They are going to look like and be confused with enneagram 5w4.

4w5s will also place a lot of importance on being self-sufficient.

This subtype has moderate to average influence from its wing. Thus, it will be a blend of type 4’s love for aesthetics and type 5’s craving for self-sufficiency.

This type will have a balanced view of both desires. They are also going to be less introverted than their two counterparts.

This subtype looks a lot like the core type 4. They will be just as sensitive and will be on the search for self-identity.

This type will only have occasional streaks of their wings. This might manifest itself in the need to withdraw when confronted with several problems.

What is the Core Desire of the Enneagram 4w5?

The natural desire of enneagram 4w5 is to find their true selves. They try to do this through critical thinking.

Thus, enneagram 4w5 will spend a lot of time in their head. This eventuality cannot be avoided.

What is the Core Fear of the Enneagram 4w5?

Thus, they use their wing to gather as much information as they can.

Strengths of the Enneagram 4w5

4w5s combine type 4’s creativity with type 5’s love for critical thinking and logic. Thus, this type is extremely creative and backs this up with sound analysis.

4w5s are often capable of producing a masterpiece with ease. Their abundant creativity helps them to reach heights others can only dream of.

2.      A blend of Sensitivity and Objective Reasoning

4w5s have the best of both worlds in a sense. They are aware of their emotions and know how they feel. They are also very logical and can make sound decisions when they need to.

Thus, 4w5s are often able to draw from their emotions and logic when they need to. The extent they use logic will often depend on the strength of their wing.

However, because they are type 4 at their core, emotions will always be given more priority.

4w5s want to discover their true selves. Thus, they are on a quest for self-identity pretty much throughout their lives.

Because of this quest, they will attain a level of self-awareness that other types will never reach. This means that 4w5s are very much aware of their strengths, emotions, flaws, and every other element that they are made of.

4w5s are very curious people. They want to learn more about what makes things tick. Because they have a wing 5, 4w5s will often withdraw to read or study all about the things they are passionate about.

This quality makes them excellent researchers. It also makes them very knowledgeable. With this knowledge, 4w5s hope that they can stand out as different or even superior to others.

4w5s value genuineness and authenticity. Thus, you can expect the same from them. They want to have honest conversations with others about the best things in life.

Thus, when discussing with 4w5s, understand that they connect with others best when everyone is being really genuine.

4w5s are very intuitive people. Thus, they can often see endless possibilities around them. This allows them to predict with accuracy outcomes in the future.

Their intuition is their guide to navigating the world they live in.

While type 5s are rather minimalistic, type 4s have a good sense of fashion. When these two type blends, you get an elegant, yet simple fashion sense.

It allows 4w5s to look amazing without going overboard.

As earlier stated, 4w5s have a tendency to live half of their lives in their head. While this can be pleasant and helps them figure out a lot of things, it can also have some cons.

It can easily lead to overthinking. Thus, 4w5s can become trapped in their own head as they replay scenarios over and over again.

This makes them seem complacent. 4w5s also suffer from not having the right amount of energy to perform tasks that they are not passionate about.

This can hinder the progress of this personality type.

4w5s are very self-absorbed. They can easily become trapped in their own little world. When this happens, they put themselves and their feelings before anything else. They might also be on the lookout for their interests.

Thus, 4w5s might actually struggle to understand how their actions affect others in a relationship. They might also struggle to show the same level of empathy that they want to be shown.

4w5s are introverts. So, their first instinct when placed in an uncomfortable situation is to withdraw into their shell.

4w5s might go through life avoiding important issues and decisions by simply withdrawing. This can seriously hinder their growth and development.

Just like any other enneagram type, certain situations might prove more stressful to 4w5s. Let’s consider some of them.

As earlier stated, 4w5s are genuine people. So, they tend to value deep conversations and dislike small talk. Having a long conversation on surface issues just does not appeal to this type.

If they are forced to do this, it can leave them stressed and drained. They will withdraw to recharge their batteries.

4w5s can handle criticism in small doses. However, consistent criticisms might not go down well with them. Depending on the strength of their wing, their reaction to criticism can range from withdrawing to being defensive.

4w5s are very sensitive people. Thus, being criticized stresses them out.

It’s not just about spending time with people. It’s more about talking with people. 4w5s do not mind being in a room with someone as long as there is silence and well-defined boundaries.

However, this is not often the case. 4w5s use their alone time to recharge from conversations with others.

Type 4s are known to be unmotivated by money. While this is true, they are often one of the highest spenders in the enneagram of personality. Type 5, on the other hand, are savers by their very nature.

Thus, 4w5s are often big spenders on things that appeal to their emotions or taste. Depending on the strength of their wings, they might occasionally try to save more money.

However, they just are not terrific in money management. This is something they have to actively work on.

Wondering if you are a 4w5 or a 4w3? Here are some of the differences between these types

Here’s a detailed explanation of enneagram 4w3. You can read more about INFP 4w5 and INFJ 4w5 here

Wondering if you are a 4w5 or a 5w4? Here are some of the differences between these two types.

Here’s an in-depth description of enneagram 5w4. You can also read about INTP 5w4 here.

The natural partners of the enneagram 4w5 are type 5 and type 9. They are also compatible with type 8 and type 2.

While this is true, any two mature people can make a relationship work. You just need to be committed.

Fictional and Famous Characters that are 4w5

Who is the Turbulent INFJ (INFJ-T)?

The ISFJ Male- Modest and Kind