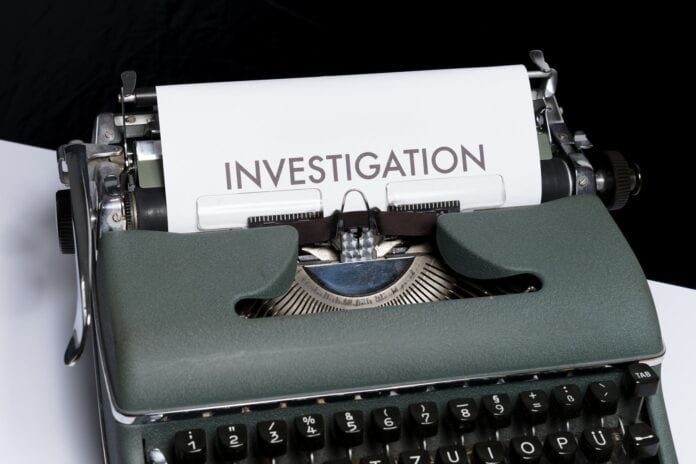 Are you a thinker that just wants to be unique? Are you an introvert with a need to know a subject or topic completely? Do you think deeply and enjoy deep talks? Are you drawn to art or movies that are more of fantasy? If the majority or all of these traits define you, then you are probably an enneagram 5 wing 4. We’ll just call you 5w4.

An In-depth Description of Enneagram 5w4

For every enneagram type, there are wings. These wings are usually either of the two types that are beside it.

For the enneagram 5w4, these two types are types 4 and 6. In every one, one of these wings is dominant.

The enneagram 5w4 is the enneagram type where wing 4 is the dominant wing. This means that this type will show both characteristics of 5 and 4.

5w4s are drawn to things that are abstract and exciting. They are always looking for ways to learn new things and put them to the test.

Because of this need, 5w4s might isolate themselves from their family and loved ones. When they start a new project, they want to know everything they can find on that topic.

Because of their wing, 5w4s also want to be unique and stand out from the crowd. They aim to achieve this by the way they think, dress or act.

Unlike the normal type 5’s aloofness to emotions, 5w4s can be quite emotional. This means that they often struggle with criticisms meted out by others.

5w4s are fascinated by fantasy and this shows in their choices. They are the most likely to love movies and books that focus on fantasy.

However, at their core, they are still an intellectual type. This means that they will be drawn to education and scientific professions.

It’s not surprising to see this type become professors or scientists.

Type 4 and type 5 are in different triads. This means that this type is going to use a mixture of fear and shame to process their feelings.

So, their initial response to a sad or frustrating situation will be shame or fear. However, fear will often be more dominant.

Depending on the strength of their wing, 5w4 can further be divided into variants. This is dependent on the influence the wing has on the type itself.

This type of variant is going to have a much stronger wing. This means that they will have a stronger sense of uniqueness.

This is a bit different from the core 5s who are more interested in theories and concepts.

This type variant is going to exhibit moderate traits of the wing. This type will be more logical and interested in abstract thinking.

However, they might crave to establish themselves as different from the crowd. This need might be criteria when choosing a career, sexual orientation, or even their hobbies.

This type variant will look much more like the core type 5. They are going to be more intellectual and will make decisions based on logic.

They might however have a passive interest in things that appeal to type 4s. However, this will only take up a small portion of their lives.

What is the Basic Fear of the Enneagram 5 Wing 4?

The basic fear of an enneagram 5w4 is becoming insignificant. This might be due to their lack of knowledge on a specific topic or in the world.

Just like a typical type 5, the 5w4 is going to learn everything they can to avoid feeling this way.

What is the Basic Desire of the Enneagram 5 Wing 4?

The basic desire of the 5w4 is to be unique and competent in what they do. This is a combination of both the desires of type 5 and type 4.

Depending on the strength of the wings, one of these desires will be a bit stronger than the others. Since the dominant type is type 5, the desire to be more competent will be stronger.

5w4s are the absolute masters at noting and observing patterns. They are going to put the dots together and find the answers to issues that may seem complex to others.

It’s not surprising that a majority of 5w4s are INFJs. The use of introverted intuition allows them to understand how pieces all fit to form one big puzzle. INTPs and INTJs also make up a large portion of 5w4s.

This type is known for having sharp focus. Their sharp focus is one of the many reasons why they understand complex ideas in short periods.

However, 5w4s will only use this ability when they are faced with things that they actually enjoy. Other actions might be approached with a level of laziness.

5w4s are very unique people. From their taste in music to their houses, you can often spot the more colorful type 4s that make their influence.

These things give them their unique sense of identity. It also makes them stand out as different from the crowd.

5w4s are very creative people. Because they are majorly introverts, a long period of isolation will often see them come up with brand new ways of doing things.

Because of how creative they are, they can make a difference in an organization that is struggling for answers.

At the core, most 5w4s are very logical. They can separate emotions in a particular situation from logical actions that need to be taken.

This also makes them work with accuracy and precision. They might also base the bulk of their decision on logic.

The only exceptions here might be INFJs. They might pay much more attention to emotions than your regular 5w4s.

While 5w4s will be logical, their wing will also make them more considerate of others.

While they can communicate and express their ideas clearly, they are also great listeners. This means that they are excellent options if you ever need advice.

The core traits of type 5 ensure that space is important to 5w4s. Their wing makes them want to be unique and self-reliant.

Thus, 5w4s really enjoy working on their own. This can be a great plus in projects where this is a must.

1.      Detaching themselves from Loved Ones

5w4s are going to struggle to connect with their loved ones. While their wing is more people-oriented, they are still type 5s at their core.

This might include chores or whatever they feel is hard work or mundane activities. They might also struggle with being consistent.

While they have a healthy dose of logic, they can also get carried away by their emotions. This might see them fall into bouts of self-pity or shame.

5w4s are also very likely to be self-absorbed. They might also think that the world is against them or for them.

In their minds, it’s either they are gifted or they are failures. The enneagram 5 wing 4 has to understand that not everything is about them.

5w4s have a tendency to hold on to resentment and hurt. This can easily lead to them holding grudges against others.

To fight this problem, 5w4s must find ways to communicate their issues to others as early as possible. Never allow issues to pile up before addressing them.

Just like any other type, some somethings are bound to stress out the 5w4. They include

Without it, 5w4s are likely to be drained mentally. This can make them stressed and cranky. During this period, they can become really irritable.

The best way to overcome this problem is to give them enough space.

While 5w4s are not as vulnerable to harsh feedback as core type 4s, they still have soft skin. Thus, criticism from those who are close to them might really sting.

This will stress them and make them detach from others for some period.

Incompetency and feeling dumb really stings type 5s. 5w4 feels it even more. They will feel shame when they do not have enough knowledge.

They will remain stressed as long as they feel that they do not have enough knowledge or information.

Emotions that others pour on them consistently can overwhelm them. While they are considerate of others, they also want peace and independence.

So while they might be happy to give you advice, bugging them down with various problems every time will leave them stressed.

5w4s are more likely to have some money for rainy days. However, most of their purchases will be motivated by the need to look unique.

They will also make purchases that match their hobbies such as books, video games, and streaming services.

In new research done by Truity, type 5s are one of the types that will be stressed about having money for the future. This means that they will likely save money to avoid this scenario.

Are you wondering if you are 5w4 or a 5w6? Here are some differences that should help you make up your mind.

The best way to differentiate the type variants is their core motivations. 5w4s are more interested in being unique and competent. They try to achieve this by gathering more knowledge.

For 5w6, their focus is more on being competent and remaining secured for the foreseeable future.

5w4s are more likely to be introverts most of the time. The most likely MBTI types that fall into this category are INTJs, INFJs, and INTPs.

5w6s, on the other hand, are going to be more extroverted than 5w4s.

The main difference between 5w4 and 4w5 is their core motivations. For 4w5s, their core desire is to be unique.

For the 5w4s, they are more interested in being seen as competent.

5w4s are more compatible with 4w5s, 8w7s, and 7w8s. However, any two people can make a relationship work.

Fictional and Famous Characters that are 5w4s

INFP 9w1- Here’s what to Expect

The ISTJ Male (The Complete Guide)

Famous ISFJ People- The Complete List across All Categories

Who is the Assertive ISFJ (ISFJ-A)?