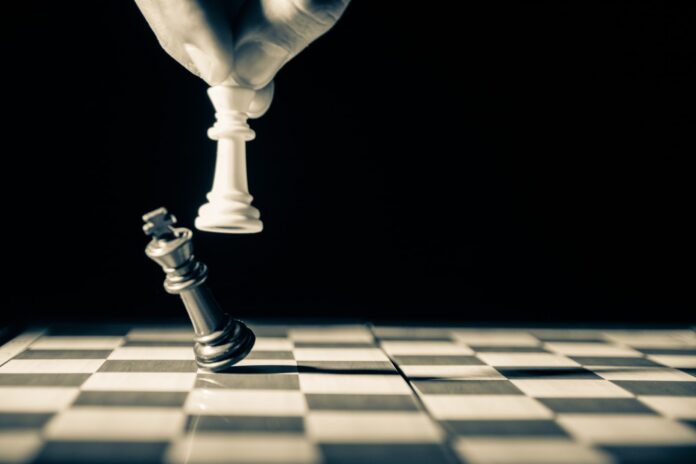 Widely considered to be the alphas of the enneagram of personality, type 8s are a handful to deal with. We respect the grit of type 8s and all they bring to the table. To celebrate this type, we have gathered the best enneagram 8 memes we could find.

So here are 35 of the very best enneagram 8 memes out there.

Top Enneagram 8 Memes That Will Leave You Smiling

1. Type 8s Are Bad with Expressing How They Feel

Are you in a romantic relationship with a type 8? If you are, don’t expect a lot of undying expressions. They are just not good at it.

However, they are good at motivating people, if that helps.

The core desire of type 8s is to never be controlled. They’ll do anything to avoid this. Yes, they’ll even make their own permits if needed.

3. Type 8s Love their Own Qualities

Type 8s have anger issues. They can be confrontational and say some really harsh words. Do you know the amazing part? They don’t regret it one bit.

5. It Starts From Childhood

If you have a type 8 as a child, you got a real handful there. They do not want to be controlled even at that early age.

So, get ready for some shocking rebelliousness.

Type 8s are seemingly fearless. They are especially not fond of authority figures. Dealing with this personality type is definitely not easy.

Type 8s are not going to hold back on how they feel. For people that are not very expressive when they are in a relationship, they know how to communicate their anger and frustration in clear terms.

As earlier stated, Type 8s will tell you exactly what they think. They don’t care if it’s harsh or insensitive. They’ll say it anyway.

11. Sugarcoating and Tact is Difficult For Them

Type 8s do not know how to use tact or sugarcoat things. It’s either they say it all or say nothing at all.

The exception here are enneagram 8w9s. This is very evident if they have a strong wing.

There’s no faster way to confuse or anger a type 8 than to cry. They find it irritating and a sign of weakness. Yes, even though it’s an emotional event.

Of course, this varies. People who have 853 tritypes might be slightly different.

Type 8s find it extremely difficult to walk away from a challenge. So, when they do, don’t taunt them even more. They’ll come back all guns blazing.

Type 8s genuinely feel that they know everything to a certain degree. So, when they express themselves, they expect to be right. They are just brimming with over-confidence, or dare I say arrogance?

Type 8, along with type 1 and type 9 make up the anger triad. This means that the first emotion they feel is anger. Unlike type 9 who like to repress theirs, type 8’s anger comes out in full force.

Type 8s detest losing. So, if they find a respectable way to leave an argument that they know they’ll lose, they will leave.

Type 8s have one of the greatest determination you’ll ever see. They just don’t know when to give up. Their never-dying attitude is often rewarded with success.

Their willpower is just abundant.

29. Flirting is Debating to Type 8s

One way type 8s get to know you is through a debate or banter. They get to see what you’re made of. If you hold your ground, you become really attractive to them.

Not many people can withstand a type 8.

30. It Can be Hard Being Friends with Type 8s

32. Type 8s Are Not Exactly Patient

Type 8s are not the most patient bunch. This is especially true when they feel like the other person is slow at grasping things.

Their impatience can be hurtful to some types.

While all variants of type 8s love power, how they want it differs.

When type 8 is healthy, they start to behave more like a type 2. This usually means becoming overly generous. This definitely includes extravagant gifts or paying for everyone’s bills.

It can be very shocking, to say the least.

So there you have it! Those are the best enneagram 8 memes we could find. I hope you had a blast.