Enneagram 9 Memes- 35 of the Very Best 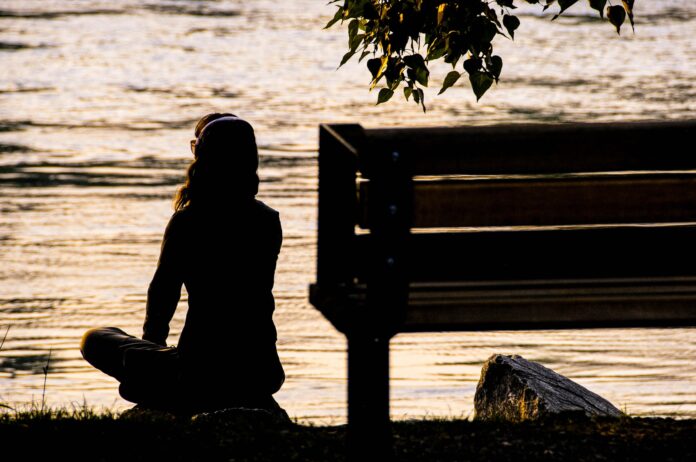 Type 9s are often regarded as the one type that takes on the traits of all enneagram types. They are also nicknamed the mediators for a good reason. They can see the perspectives of everyone around them and some more. For everything type 9 brings to the table, we have compiled a list of the very best enneagram 9 memes we could find.

1. Disrupt Their Harmony And Watch Them Slowly Die

The basic desire of type 9 is to be at peace with others. Arguing blindly in front of them is definitely not helping.

Instead, they are slowly dying inside.

5. Their Daily Routine Can Be Pretty Difficult to Achieve

If there’s one thing we know that type 9s are, it’s serial procrastinators. Thus, don’t be surprised if they don’t meet their targets for the day or never finish their to-do list.

They just can’t help it.

The tendency to slack is always there for type 9s. If you confront them about this issue, they are probably going to justify themselves. Their justifications can get really weird and confusing.

While type 9s are usually portrayed as calm and easygoing people, they can be confrontational and aggressive when pushed to the wall. This is because of type 8 which happens to be their wing.

You can click here to learn more about enneagram 9 wing 8.

When it comes to romance, type 9s love to be in love. However, this usually comes with a plethora of problems.

These problems can even be contradictory. In worst-case scenarios, it can put a lot of pressure on their relationship.

If there’s one thing that type 9s want, it’s peace. They want their partners, family, and friends to all get along.

However, this is often not possible. It’s not a surprise then that it’s their ultimate wish.

9w1s are a unique blend. While type 9s are known to be easy-going and laid back, type 1s are usually very anxious and overthink a lot.

Thus, it’s a struggle for them between overthinking and underthinking issues.

As earlier stated, their peace and inner calm are very important. This usually makes type 9s avoid their problems and the problems of the people they love.

They believe that if they just ignore it long enough, it’ll go away. Good luck with that.

14. Conflict is Just Not their Style

Type 9s will rather make themselves uncomfortable than engage in a heated conflict with you or anyone else. Yes, it’s that bad.

It’s hard enough for this personality type to express themselves. When they finally do, ignoring or constantly interrupting them will make them withdraw.

18. The Curse of Seeing all Perspectives

Type 9s are mediators for their ability to see everyone’s side of the story. So while they are angry about people’s actions, they cannot also help but understand them.

This affects their anger and makes them even angry. Life is unfair.

Type 9s are known for suppressing their anger and opinions to make others feel comfortable. This can go unnoticed by many. So, when they finally let out how they feel, it can seem like an angry, passionate outburst.

Expect everyone to be shocked.

Complacency can easily spill into laziness. This, combined with being very laid back, means that they are especially vulnerable to this problem.

25. Trying is such a Big Thing

Their problem with complacency makes them vulnerable to flawed thinking. One of them is thinking “trying” is a big deal and should be acknowledged.

The truth is that you cannot make any progress without trying. Actually succeeding is the big deal.

One of the defense mechanisms of type 9 is numbing themselves. Thus, they avoid facing their emotions, conflicts, and other issues. This is an unintentional act by type 9s to run away from problems.

Because they want everyone to be happy, type 9s often fall prey to people-pleasing. They are not very good at it either.

Type 9s might seem sweet and nice on the surface. However, they are angry half of the time. They just don’t show it. While they are part of the anger triad, they repress their anger to ensure harmony.

Type 9s want to keep everyone happy. While this might be great, they can end up causing more trouble for themselves in the long run.

However, their efforts usually make people think they are sweet and caring.

While they are masters of procrastination, they know how to get the job done when the chips are down. When type 9s are healthy, they look and behave like type 3.

This usually means they also inherit their work ethic. They become a different beast.

33. Their Inner Peace is More Important

So, there you have it! Those are the best 35 enneagram 9 memes we could find. I hope you had a blast!

The ISFP Male (The Complete Guide)

INFP VS INFJ- How Can You Tell Them Apart?

ESTP-A: Who is the Assertive ESTP?