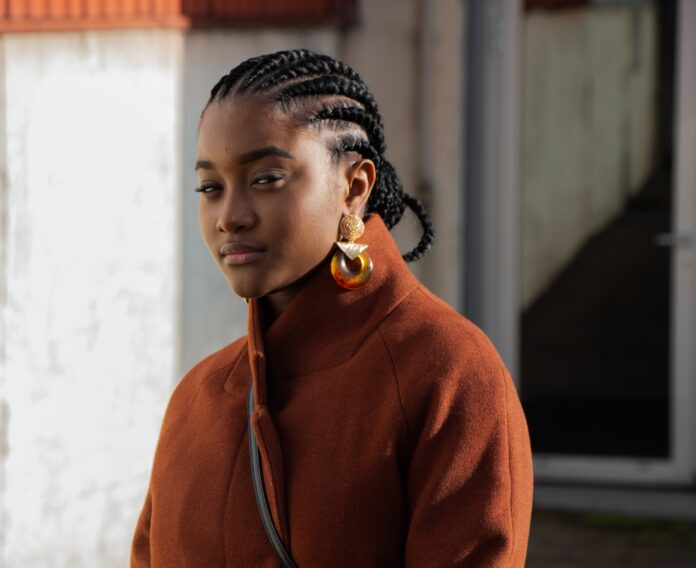 It’s sort of hard not to notice an ENTJ. The intensity and determination is difficult to overlook. When compared to the enneagram of personality, some ENTJs identify as ENTJ 8w9.

So, what can you expect from an ENTJ 8w9?

ENTJ 8w9s are determined people. The combination of the ENTJ and type 8’s traits makes these people ambitious, powerful, and intense.

They approach their goals with vigor and seem to crush them as they go. This personality type has a quiet strength that’s hard to ignore.

However, the real gamechanger is in their wing. It alters some of the traits of the ENTJ 8w9 as we shall soon see.

What is the Core Desire of the ENTJ 8w9?

The core desire of the ENTJ 8w9 is to have power or be in control. They crave this power for two reasons. First, they do not want to be manipulated. Secondly, they want to protect those they care about.

To achieve their goal, this personality type tries to quietly gather resources. Like all type 8s, having more resources is a great tool for accumulating power.

ENTJ 8w9 have an equal chance of being an ENTJ-A or ENTJ-T.

What is the Core Fear of the ENTJ 8w9?

The core fear of the ENTJ 8w9 is to not be in control. In their view, not being in control means being vulnerable.

It also means not being able to protect those they care about. It’s something they never want to experience.

How the 8w9 Changes the Natural Tendencies of the ENTJ

ENTJs are introverted extroverts. However, the ENTJ 8w9 takes this even further. You can easily mistake this personality type for an introvert.

They choose their social events carefully and have firm control of their energy. They’d rather spend more time by themselves than be with people.

There are many reasons for this. A good one is their wing. Type 9 is usually associated with introverted traits. This integration and disintegrated movements on the enneagram charts can also be a good reason.

You can see this article on MBTI and enneagram correlations to get a better understanding.

Just like most 8w9s, this personality type is very diplomatic. They prefer to solve problems through negotiations.

This is often in contrast with the ENTJ 8w7 who prefers to use confrontational tactics. ENTJ 8w9s know the value of diplomacy and use it frequently when dealing with others.

It doesn’t mean they are afraid of confrontation. They just don’t think it’s necessary.

ENTJs are often considered to be hard, ruthless, and insensitive people. ENTJ 8w9 makes a mockery of that stereotypical belief.

Because they have type 9 as their wing, they can see all angles to a problem or issue. Thus, they really do understand the actions of others. They are also inclined towards peace.

This makes them more considerate and understanding. Of course, this depends on the strength of their wing.

ENTJ 8w7 is really the typical ENTJ. Aggressive towards their goals and threats, they can seem intimidating and scary. ENTJ 8w9s are different.

They are less aggressive and more diplomatic. They interact fluently with people without seeming overbearing.

While this is true, they can be just like their cousin type if the need arises. They just have better control over their anger and assertiveness.

Type 8 has a lust for power that’s well documented. To them, power means control. The same applies to most ENTJs.

You’ll see a much-reduced lust for power with this type. Here’s why. Family and people they love are equally as important to them as their goals.

Thus, ENTJ 8w9s often sacrifice a bit of their power or control to stay close to those they love.

ENTJs work hard and play hard. That also applies to type 8s. ENTJ 8w9s are a bit different. While they value work and efficiency, they also know how to relax.

While type 9s are often accused of being lazy or complacent, the presence of this wing allows ENTJ 8w9s to blow off steam occasionally.

They enjoy a better work-life balance as a result, unlike other ENTJs who just go full throttle.

New Weaknesses of the ENTJ 8w9

This was always going to be a weakness for them. Type 8 and type 9 are both in the anger triad. What you get is a double dose of anger.

Simply put, anger runs in their veins. It also makes them quite unpredictable. You just don’t know how they will choose to express this anger.

They can choose to repress their anger like a type 9 or they can unleash it like a type 8.

One thing is clear. You don’t want to be on the other side of that anger.

2. Can be Manipulative and Resentful

ENTJ 8w9s are still ENTJs. Thus, they can be ruthless when they want something. Backed by the ruthlessness of type 8 and the diplomatic nature of type 9, they can get anything they want.

This can be gotten through any means including manipulation.

As earlier stated, they are also great at repressing their anger. If left to fester, they can grow resentful and hide it so well.

Let’s just say they are not above getting revenge when they feel wronged and resentful.

3. More Likely to be a Mild People-Pleasers

ENTJs are fiercely independent. So this could probably cause raised eyebrows. However, ENTJ 8w9s crave peace more than the usual ENTJs.

So, while they won’t be chronic people-pleasers, they’ll still want to see people they love happy. If that means bending occasionally to their demands, what’s the harm?

Wondering if you are an ENTJ 8w9 or an INTJ 8w9? Here are some of their differences.

For an in-depth description of the INTJ 8w9, you can click that link.

Wondering if you are an ENTJ 8w9 or an ENTJ 8w7? Here are some of their differences.

For an in-depth description of the ENTJ 8w7, you can click that link.

ENTJ 8w9 in the Workplace

Just like any other ENTJ, ENTJ 8w9s enjoy managerial roles. They are good leaders that combine the vision of the ENTJ with the diplomatic style of the type 9s.

This makes them great at their jobs and people feel more inclined to listen to them. This personality type likes a defined structure around their workplace.

They also are not very good with the details. So, don’t give them that job. Instead, utilize their creativity and your company should progress.

To get the best out of the ENTJ 8w9, place them in managerial roles that involve creativity and problem-solving.

Best Careers for the ENTJ 8w9

Worse Careers for the ENTJ 8w9

Famous/Fictional Characters that are ENTJ 8w9

Who is the Assertive ESFJ (ESFJ-A)?