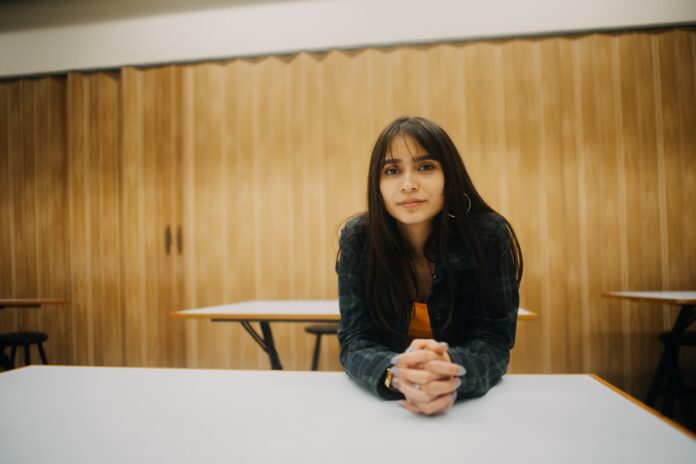 Bold and courageous. Those are the perfect words used to describe the ESTP. We certainly agree. When the ESTP is compared with the enneagram of personality, some ESTPs identify as the ESTP 7w8.

So what can you expect from the ESTP 7w8?

These are very charismatic and free-spirited people. They love to interact with people and are all about the good vibes. They are just as playful as the ENTP 7w8.

However, the difference here is that they will be a bit more aggressive. You’ll also notice that they are quite fearless.

It is worth knowing that type 7 is the 2nd most likely type for the ESTP. Thus, a lot of traits are similar to the typical ESTP. However, because of the unique combination of their wing, there are some subtle differences.

ESTP 7w8s are more likely to be ESTP-A than ESTP-T. However, there are more ESTP-T with this variant than with ESTP 8w7.

What is the Core Desire of the ESTP 7w8?

The core desire of the ESTP 7w8 is to be happy and content with life. They do not want to be deprived of the things they want the most.

To make sure this happens, they use their creativity and innovative powers to think of ways to control their destiny.

What is the Core Fear of the ESTP 7w8?

The core fear of the ESTP 7w8 is to be deprived of what they want. Of course, some sort of pleasure is always involved.

To avoid this from happening, they use their wing to ensure they have the endurance to pull off their dreams.

How the 7w8 Changes the Natural Tendencies of the ESTP

ESTPs are brave and assertive. However, determination might not be full throttle for them. ESTP 7w8 might just be a bit more determined.

They have goals they want to achieve. Achieving these goals guarantees that they stay happy. So, they are willing to give it all they got. The extent of their determination will depend on the strength of their wing.

However, you will see an improvement in their determination levels regardless.

ESTP 7w8s are big dreamers and action-oriented. They are also really ambitious. This makes entrepreneurship a great career path for them.

Their ambition is mostly driven by their wing. Type 7 complements this perfectly by providing a barrage of unique ideas.

Type 8 which is their wing helps them to narrow down on the right idea. To get an in-depth description of enneagram 7 wing 8, you can click that link.

ESTPs are sensors. So, they are more practical. They also have extroverted sensing (Se) as one of their functions.

So, they are present and in touch with the present world. ESTP 7w8s will be a bit different. While they will have these traits, they will also be visionaries.

The ESTP 7w8 and the ENTP 7w8 are very much alike.

4. Less of a Procrastinator

ESTPs are perceivers. Like it or not, perceivers are not as organized as judgers. They are also more likely to procrastinate.

While ESTP 7w8s will still be procrastinators, it will be much more reduced. They will see the need of accomplishing tasks that help them meet their goal.

Because of this new trait, they are more likely to succeed. This will also depend on the strength of their wing.

ESTPs are known for their physicality. This doesn’t mean that they are violent. They are just more physically present.

They can also be confrontational. When they are confrontational, it shows in their body gestures. With the ESTP 7w8, you get something different. While they are capable of being aggressive, they are also more relaxed and laid back.

You can just tell they are more people-oriented and prefer to dazzle people instead.

ESTPs can be reckless and impulsive. I believe all variants of ESTPs are impulsive to an extent. However, this personality type is less reckless with their decision. Type 8 allows them to be more prudent especially with their finances.

However, the extent to which this applies will depend on the strength of their wing.

New Weaknesses of the ESTP

Type 7 is more interested in themselves and how to make themselves happy. Thus, ESTP 7w8s will be selfish and self-centered.

They will put their interests first and will do so with no apologies. Thus, if you are looking to them to make a sacrifice, you might be waiting for a long time.

Type 7 which is their dominant Enneagram type is in the fear triad. Thus, the first accessible emotion to them is fear.

ESTP 7w8s also has this flaw. This might explain why they are less aggressive than the ESTP 8w7. If this personality type gets aggressive and puts on a fight, it is always half motivated by fear of self-harm.

ESTPs are thinkers by their very nature. Type 7 are also big thinkers. Type 8 is a no-nonsense type. Thus, what you get is a person who is insensitive and rarely cares about the opinions of others.

While this makes them very unlikely to be people-pleasers, it also means they are perceived as arrogant and insensitive.

It also makes feeler types less willing to interact with them. As with every other problem, the key is finding a balance.

ESTPs are super extroverts. They are hyperactive and very adventurous. Type 7s are also the most restless type on the enneagram of personality.

They just have a lot of energy. When these two mix, you get someone who has boundless energy. Thus, it can be hard for them to relax.

This can affect their health and sleeping patterns.

Wondering if you are an ESTP 8w7 or ESTP 7w8? Here are some of their differences.

For an in-depth description of the ESTP 8w7, you can click that link.

ESTP 7w8 in the Workplace

ESTPs enjoy a workplace that is flexible and allows for innovative solutions. They also love jobs that allow them to work with their hands.

ESTP 7w8s are quite similar. However, this personality type can also blend in with jobs that are creative and more suited for intuitives. They are also not fans of being micro-managed and will resist all attempts to control them.

To get the best out of the ESTP 7w8, make sure their role is innovative and physically challenging.

Famous/Fictional Characters that are ESTP 7w8

The ISTJ Male (The Complete Guide)

Enneagram 6 Memes- 35 of the Very Best

Who is the Turbulent INTP (INTP-T)?