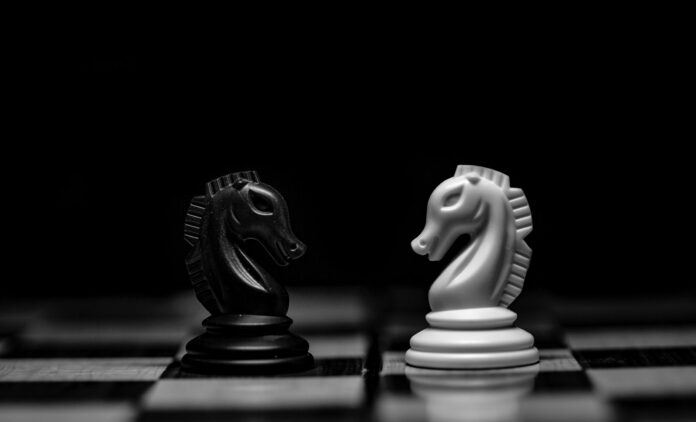 So, what are the differences between the Ne and Ni? How can you tell if a person is using Ne or Ni?

Before we dive in, let’s see if we can understand the meaning of both terms.

What is Extroverted Intuition (Ne)?

This is an information collecting function typically used by perceivers in the MBTIverse. In other words, Ne is used to collect data from the world around them.

When Ne is dominant (Ne-dom), it is usually followed by

These are ways in which the users try to process and reach conclusions on the information collected.

For example, the ENTP is Ne-dom, followed by Ti. This means that the ENTP collects data using Ne and processes it by passing it through their TI filter to ascertain its accuracy.

The ENFP collects data using Ne and passes it through Fi (core internal values) before deciding how they feel about it. Rinse and repeat.

Ne is used to understand abstract concepts. It also allows them to find connections between people, their actions, things, and events.

What is Introverted Intuition (Ni)?

Ni focuses on patterns and hidden connections. Like Ne, Ni-doms use Ni to gather information from their environment.

In other words, Ni draws their conclusions from the patterns. This allows them to predict future events with pinpoint accuracy. This is why people wrongly assume Ni is psychic power. It’s not.

Ni can also be wrong in their analysis. Just like Ne, Ni depends on its other functions to solidify what it knows about patterns and conclusions.

For example, INFJs use their Ni to gather and understand information. Then, this information passes through the extroverted feeling (Fe) function, which focuses on how others feel.

This is why INFJs are seen as empathetic or compassionate: they “just get how people feel.”

How The Ne and Ni are Similar

They both deal with intuition. This simply refers to reaching conclusions on issues or matters instinctively. The difference is the method they use to get there.

Both cognitive functions are also used in the MBTIverse. Where they appear on the cognitive stack depends on the personality type.

Finally, both functions are equal. None is better than the other. They both have their pros and drawbacks.

What is the Main Difference Between Ne and Ni?

The main difference between the Ne and Ni is their purpose. While Ne wants to consider all possibilities and play with ideas, Ni is more interested in the truth.

Ne vs. Ni- What are the Differences?

1.   Narrowing Down vs. Widening Out

The differences start with their aim, as earlier stated. Ne takes an idea and tries to widen the plot by considering different possibilities and ideas. It wants to cover the entire scope without missing out on anything.

In my opinion, this cognitive function does this to ensure it doesn’t miss out on any excellent ideas. It is also drawn to shiny new things or concepts.

On the other hand, Ni tries to narrow down connections and patterns to one definite answer. Ni seeks the truth and tries to separate it from the noise.

The main aim of Ni is to find the right answer or information. It doesn’t care about other potentially good data if it’s not the best.

This follows the last point. Ne is all about possibilities. It wants to inspect every side of the matter.

This makes Ne users especially good at chess. It allows them to see countless ideas and possibilities. Ni users that play chess might restrict their options to a few brilliant ideas.

This is because Ni is more interested in what works best. They use the connections to predict moves or events instinctively.

With a truckload of ideas in their head, it’s not surprising that Ne users are scatter-brained. Ne-doms might speak too fast and hurriedly when expressing themselves.

Because they are also usually blessed with sharp wit, it can be difficult keeping up with their ideas and thoughts.

On the other hand, Ni-doms are more intentional with their speech and ideas. These ideas are usually well-defined and definite. This should not be confused with Ti.

Ne uses Ti to achieve what Ni achieves on its own.

Ne and Ni are usually paired with Si and Se, respectively. This plays a fundamental role in how they operate.

As earlier stated, Ne is used to gather and explore possibilities based on that data. Ne uses Si to weigh the data against past experiences.

On the other hand, Ni uses Se to achieve its goal. It uses the sensory experiences of the Se to narrow down different possibilities to one brilliant conclusion.

In other words, Ne users think of innovative ways to do things, such as peeling a mango. Ni users are more likely to think of realistic ways of achieving goals.

As their name implies, one happens internally while the other happens externally. Ne can go on a rampage when talking. This allows them to explore their defined ideas and move into new uncharted ones.

On the other hand, the processes used by Ni users happen internally. This is one reason why their predictions seem more stunning and miraculous.

Who are the Major Ne Users?

ENTP and ENFP have Ne as their primary function. Thus, they use Ne to gather data and information. This allows them to form ideas with this data or information quickly.

That’s why the ENTP and ENFP seem to think or talk faster than everyone else. Half of the time, their ideas are wrong or not properly refined.

INFP and INTP have Ne as their auxiliary function. In this role, Ne serves to express ideas formed using their first function.

Other MBTI types such as ESTJ and ISTJ use Ne, but they aren’t as well developed.

Who are The Major Ni Users?

INFJ and INTJ use Ni as their primary function. This is the way they take in information. It also allows them to form or see patterns between data or information collected quickly.

These two personality types are usually great at predicting events or making strategies.

ENFJ and ENTJ use Ni as their auxiliary function. In the ENFJ, Ni supports Fe in ENFJs, while Ni supports the extroverted thinking (Te) function in ENTJs.

Other MBTI types, such as ESTP and ISTP, also use the Ni function but aren’t as well developed.

So, that’s the ne vs. ni comparison. So, what cognitive function do you use?

INFJ Female- A Lesson in Rarity

What is the INFJ Stare? (A Guide)

What is the INTJ Death Stare?

Enneagram 4 in Love- What to Expect in a Relationship

Who is the ENFJ Male? (A Helpful Guide)