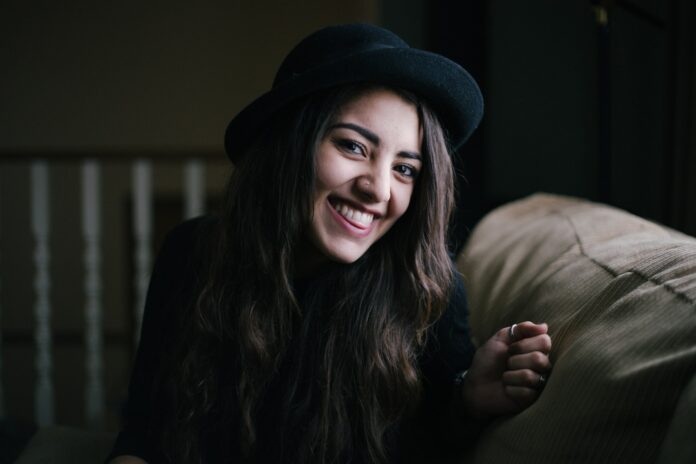 INTJs are the strategists of the MBTI typology. They are introverts who are super analytical. However, no two INTJs are the same. INTJ 1w9 is a great example.

This is a combination of the INTJ and 1w9 from the enneagram of personality. Here, we’ll find out all we can about this unique type.

INTJ 1w9s are confident and assertive people. They have very high standards and set out to achieve them. This personality type is often concerned about their morals and how to be good.

They also want people to be this way. Thus, it is not surprising if INTJ 1w9s are activists or care about human rights. That’s really their field.

INTJ 1w9s are also more likely to be INTJ-As. It just matches their preferences in every way possible.

INTJ 1w9s takes a sharp turn away from the stereotypical INTJs in many ways as we shall see.

What is the Core Desire of the INTJ 1w9?

The core desire of the INTJ 1w9 is to be good. To achieve this, they place high standards on themselves.

These high standards are achieved and sorted out by their analytical mind.

What is the Core Fear of the INTJ 1w9?

The core fear of the INTJ 1w9 is to be seen as corrupt or incompetent. To avoid this, they try to be the best version of themselves.

They want others to feel like they are upright and have a lot of integrity. That’s a lot of work for them if you ask me.

How the 1w9 Changes the Natural Tendencies of the INTJ

INTJs are usually type 5s on the enneagram chart. Thus, a lot of INTJs find themselves motivated by the fear of failure.

This is different with the INTJ 1w9. Their first instinct is anger. This is particularly evident when they feel someone is doing something wrong intentionally.

Most INTJ 1w9s might also feel this anger when their standards are not being met. Now, this doesn’t mean they are confrontational. INTJs will forever remain introverts.

However, one thing is for sure. They can access anger pretty quickly.

INTJs usually have no desire to be seen as good. In fact, they really don’t care much about what a lot of people think about them. INTJ 1w9s are different.

They want to be good. They also want to be seen as good. Thus, they are more likely to display great qualities. INTJ 1w9s can be very inspiring.

INTJs are smart people. However, when people think about leaders, ENTJs, ENTPs and ESTJs come to mind. Not this time.

INTJ 1w9 are born leaders. They know how to push people towards a goal and can do it amazingly well. Thus, they are often at the front of groups charging them on.

Most times, this personality type might be leaders of causes or in their religions. It’s certainly different from the core INTJs. Stereotypical INTJs are one of the less likely types to be religious or concerned with ethics.

INTJs are often regarded as super introverts. That doesn’t apply to the INTJ 1w9s. They are vocal about what they believe in and will not back down.

Their assertiveness towards their principles makes them strong and purposeful leaders. While INTJs are no pushovers, being overly assertive is not something you can expect from them.

INTJs are perfectionists in their heads. They have a plan and then another plan as a backup. Implementing their ideas, not so much. INTJ 1w9s are different here.

They are action-oriented and have the drive needed to implement ideas to perfection. So, you are really dealing with a competent person.

INTJs are often bad negotiators. First, they often don’t acknowledge the emotions of others. This can make them seem rude or insensitive.

INTJ 1w9s is different. Because of their type 9, they can make the other person feel heard and appreciated. People are often willing to cooperate when they serve as mediators or arbitrators.

INTJ 1w9 are more likely to be predominantly melancholic with choleric as a wing. Their wing allows them to be forward when needed. It also allows them to repress their emotions when action is needed.

New Weaknesses for the INTJ 1w9

With perfectionism comes a lot of self-criticisms. INTJ 1w9s are prone to criticizing their own performances. Just like type 1s, they never seem to meet their own standards.

This can slowly erode their self-confidence and affect how they deal with others.

INTJs are very objective people. They can usually see all perspectives to an issue before resolving it. Things are a bit different here. This personality type is more invested in their values and how they see things.

To them, the world is black and white. They use their quick minds to remove obstacles to their values. This can make them very judgmental. They can make judgments based on people’s acceptance of their own values.

They might also criticize them and try to force them to change their own beliefs. Being judgmental and critical of others is something they have to battle.

As earlier stated, INTJ 1w9s often gain access to anger first. While they might not exactly be confrontational, there’s another issue that comes with this. This personality type represses a lot of this anger.

So, they build up hatred, resentment, and grudges for others. When they do explode, it can be terrifying.

INTJ 1w9 in the Work Place

INTJs like to work in an environment that is structured and well managed. INTJ 1w9s are no different. They want to solve problems in their workplace.

For this type, fulfilling jobs involve humanity and making life better. They also want a role that is associated with being good and ethical.

To get the best out of the INTJ 1w9, make sure you give them a role that involves a lot of problem-solving. If it involves humanity and fighting for justice, even better!

Best Careers for the INTJ 1w9

Worse Careers for the INTJ 1w9

Fictional or Famous Characters that are INTJ 1w9

3w2 vs 3w4- Similarities and Differences

The ESTP Female (A Complete Guide)

ESTJ vs ESTP- How Can You Tell Them Apart?

Who is the ENFJ Male? (A Helpful Guide)

INTJ vs INTP- How Can You Tell Them Apart?