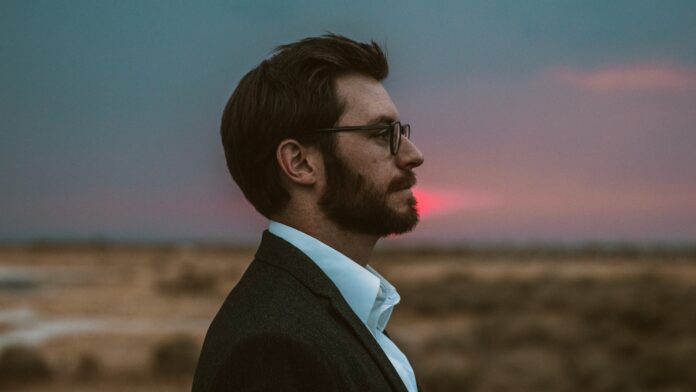 INTPs are the logicians or thinkers of the MBTI typology. They are great problem solvers with great curiosity about the world around them. When the MBTI typology is compared with enneagrams, a significant number identifies as an INTP 5w4.

If you are friends or partners with an INTP 5w4, you can agree that they are quite intriguing. If you are having problems getting to know them better, you might learn a thing or two from this article.

INTP 5w4 are very sufficient people. They pride themselves on being competent and self-sufficient. They thrive to achieve this by gathering as much knowledge as they can.

Thus, INTP 5w4 tries to avoid relying too much on others for anything. They are on a constant quest to discover as much as they can from the world and their various projects.

INTP 5w4 will look very much like your typical INTP for various reasons. First, INTPs are mostly typed as enneagram 5s.

However, the degree to which this happens will often depend on the strength of their wings. For an in-depth description of enneagram 5w4, you can click that link.

What is the Basic Desire of the INTP 5w4?

The basic fear of the INTP 5w4 is to become self-sufficient and significant. They want to stand out for what they know and can do. Thus, accumulating knowledge is simply a good place to start.

However, they also want to make sure they are unique and different from others.

What is the Basic Fear of the INTP 5w4?

The basic fear of the INTP 5w4 is becoming incompetent. They are scared of not being self-sufficient and having to rely on others for their needs.

How 5w4 changes the Natural Tendencies of the INTP

As earlier stated, a lot of things about the INTP will stay the same if they are a type 5. However, because of their wing, you can expect some of these changes.

INTP 5w4 will have an interest in arts or music. Depending on their wing, this might just be a slight interest or a major one.

Thus, INTPs might learn to play an instrument or try drawing. This can be a major thing or a side interest for them.

INTP 5w4s will often have a more sensitive side. Depending on their wing, this can be a slight change or a significant one.

Their sensitive side will be more obvious to those around them. Type 5s are generally known to be detached and often aloof. However, this changes slightly for this type.

This leads to a more developed extroverted feeling function for the INTP.

However, INTPs are still INTPs. Thus, they will always put rational thinking first.

Type 5s and INTP share one thing in common. They want to keep learning. Thus, this is heightened when both types are placed side by side.

Because type 5 wants to be self-sufficient and their wing wants to be independent, INTP 5w4 will often choose to learn things by themselves.

This might see them dive into research projects on their own and make tremendous progress. Some of the best self-taught professionals today are INTP 5w4s.

By doing this, they further prove to themselves that they are independent.

Let’s be clear. INTPs are still INTPs. Thus, outward show of love will not be easy for them. However, INTP 5w4s are going to be better at this.

They will find a form of outlet to express this better. This might be through writing. INTP 5w4s often make great poets.

No matter the outlet, their partners will be shown more outward expression of love.

When compared with INTP 5w6, INTP 5w4s will be much more isolated. While type 6 seems to be more neutral, type 5 and type 4 are usually introverts.

Thus, INTP 5w4s really enjoy their alone time. They do not look forward to anyone messing with it. They won’t even let you.

New Weaknesses of the INTP 5w4

As earlier stated, this type will be more introverted. Thus, they will be more detached and separated from others.

Their hobbies or projects are going to take center stage in their life. If not properly balanced, this can put a strain on their relationship with loved ones.

INTP 5w4s will be a lot more stubborn than typical INTPs. 5w4s brings with it some core values that they live by.

Thus, INTP 5w4 will hold on to those values and resist any attempt to sway them. While this makes them less likely to be people-pleasers, it can also hold them back in many ways.

It might also make them believe that their point of view is always the right one.

INTPs are known to be rational thinkers. However, because of their wing, INTP 5w4s are going to look more subjective than normal INTPs.

They might hold certain strong sentiments and refuse to let go of them even when proved wrong. Depending on the strength of their wing, this might be a big part of them or a slight alteration.

Wondering if INTP 5w4 and INTP 5w6 are any different? If you are, here are some of their core differences.

If you are an INTP 5w4, the best career for you will let you explore many projects. For this reason, most INTP 5w4s find themselves drawn to academics.

This allows them to explore with very little rigidity. However, several careers are suitable for INTP 5w4.

Careers that INTP 5w4 Should Avoid

Famous and Fictional People who were INTP 5w4

INTP 5w4s are incredibly smart people. Their touch of sensitivity makes them the complete package.

Umesi
Ejike Umesi is the owner of Personality Hunt. He is an ENTP, lawyer and is very enthusiastic about psychology. In his spare time, he can be seen watching football or reading more about the enneagrams!
Share
Facebook
Twitter
Pinterest
WhatsApp

Enneagram 9 Memes- 35 of the Very Best

ESTJ vs ESTP- How Can You Tell Them Apart?

Who is the Assertive ISTJ (ISTJ-A)?