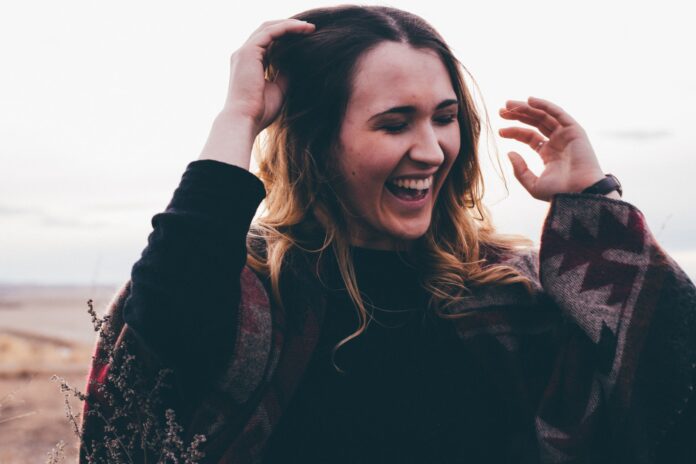 ISFJs are the guardians of the MBTI typology. They are known for their kindness and love for family. If you have an ISFJ in your life, you probably are all too aware of their kind nature. The ISFJ female is no different.

While this stands out when you meet them, there is so much more to ISFJ females. In this article, we are going to focus on this subtype.

If you want to know more about the ISFJ male, you can click that link.

1.      Nurturing is at the core of their personality

ISFJ females are fantastic at nurturing. They are extremely considerate and will place importance on the emotions of those they care about.

This trait makes them fantastic parents and their kids often turn out just fine.

While their nurturing skills are top class, they can often go overboard. ISFJ females might also seem a bit too much to thinker types who do not appreciate people obsessing over them.

The ISFJ female always seems to be there for everyone around them. However, they also need time alone to themselves.

A refreshed ISFJ female is a happy one.

No personality type is more hospitable than the ISFJ. The ISFJ female takes this to another level.

They are always ready to be a helping hand to those around them. When it comes to helping others, they just won’t take no for an answer.

They are your neighbors who bring you a tray of cookies just because you moved in newly. They can be that nice.

The need to help and care for those around them is usually a good thing. However, it can quickly lead to other problems for the ISFJ female.

One of them is people-pleasing. ISFJ females might want to see people they love happy. Because of this need, they might sacrifice their own desires for others.

ISFJ females play by the rules. They usually like to stick to the norms and traditions that they grew up with.

So, they are the least likely to leave their family religion or let go of rules and regulations. This is true even when they do not necessarily agree with all the rules.

To them, experience is the best teacher. So, they rather stick to them rather than be innovative.

ISFJ females are very realistic people. This is strengthened by the fact that they are sensors. So, they can remain grounded and are less carried away by ideas and future promises.

To them, what matters is the present and they often do not like to think too much about the future.

This can have its own sets of pros and cons. Being realistic means that they take calculated risks. It also allows them to gauge their expectations properly.

However, it might also make them miss out on many opportunities.

ISFJ females do not like conflict. Thus, they will avoid it like the plague. If they feel like a situation will lead to conflict or disagreement with their loved ones, they are likely to withdraw from the situation.

This can lead to a buildup of resentment as the ISFJ female might never express themselves and their concerns.

Eventually, this will lead to a blowup and they might say things they never meant.

If you are just meeting the ISFJ female for the first time, you’ll think they are extroverts. However, ISFJ females are introverts. They are energized when they spend time alone.

This is followed by type 9 and type 6. The most common enneagram type for ISFJs is type 6.

What Makes the ISFJ Female so Attractive?

Their considerate nature and need for perfectionism make the ISFJ female so attractive. Thus, you can be sure that the ISFJ will perform any task to the best of their capabilities.

ISFJ females work best in roles that require a lot of empathy and consideration. They also want to feel fulfilled and help humanity in one way or the other.

They also excel when the job has to do with experience and a structured way of doing things. To get the best out of an ISFJ female, make sure the role is fulfilling and is in touch with their kind nature.

This is one career option that fits the ISFJ female perfectly. This role requires a lot of care and consideration for those who are sick.

It also requires communication and genuineness. This is a role that embraces nurturing without limit. These are all skills that ISFJ females have in abundance.

ISFJ females are big on morals and values. Some of them might even have an inherent desire to be good and to be seen as good.

This can make religious roles a good fit for this personality type. They might also feel that being religious or spiritual gives them a higher purpose in life.

Here are other career options open to ISFJs

Thinking of dating an ISFJ Female? Here are some things you should probably know

ISFJ females do a lot of things for people. The one thing they want is a bit of appreciation. If you are dating an ISFJ female, don’t hesitate to tell them how amazing they are.

Make sure you let them know you are aware of all they do and how grateful you are. You can also offer to do some things for them.

They’ll love you even more.

ISFJ uses extroverted intuition (Ne). However, they use it as their 4th function. Thus, it’s difficult for ISFJs to express themselves well.

They need time to fully explain what is in their heads. If you are dating an ISFJ female, you will need to have a lot of patience when dealing with them.

ISFJ females are feelers. This means that they rely on their emotions. Harsh words can make them withdraw or become defensive.

They might also feel hurt. So, make sure you avoid unnecessary criticism. Criticize the ISFJ female too much and they’ll withdraw completely.

ISFJ females are amazing people with good hearts. You have found a gem if you have an ISFJ woman in your life.