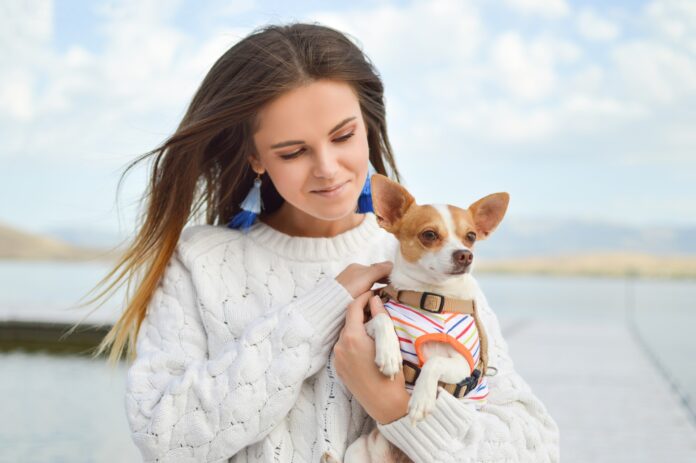 ISFPs are a different brand. They know what they want and go after it. They are adventurous, fun to be with, and can be very spontaneous. The ISFP female is no different.

In this article, we’ll look at the ISFP female and what you can expect from them.

How Common is the ISFP Female?

ISFP females are one of the more common types. They make up about 20% of the total population.

While this is true, many people can still misunderstand the ISFP female and what they stand for.

ISFP females stand out with their strong values. These values are usually morally or ethically motivated. A big reason for them could be their introverted feeling (Fi) function.

This function focuses on how they feel about a matter first before other people’s emotions. While this might sound selfish, it allows the ISFP females to fully understand their needs and values.

Because they are sensors, you can also expect these values to be conventional and a bit traditional.

It can be indispensable when faced with a big decision.

ISFP females are free and adventurous people. They live for new feelings and want to experience life to the fullest.

Thus, you can expect them to absolutely love traveling to new places. Despite being introverts, they are also happy to meet new people.

Their love for new experiences is probably aided by their extroverted sensing (Se). This helps them appreciate beautiful things.

It can be quite thrilling to be an ISFP female.

Being spontaneous is something that comes easy to the ISFP female. They can be quick to make decisions. This comes with its pros and cons.

Being spontaneous certainly means that they are adaptable. Thus, they can take opportunities as they come.

However, it can also mean that some decisions they make will be impulsive and reckless. While making these decisions, ISFP females can hurt themselves and those they care about.

ISFP females are certainly no pushovers. They want to follow their path and will resist any attempt to control them.

Thus, they make their own decision despite the consequences. While this is true, this does not necessarily mean they don’t consider people’s opinions.

However, they are likely to make their final decision based on how they feel. This allows them to be independent of others.

Being independent doesn’t also mean that ISFP females don’t have bouts of insecurity or times when they are unsure.

On the contrary, they can be very indecisive when it comes to big decisions. This is especially obvious in younger females.

ISFP females are feelers and this shows in their approach. They do not like criticism and try their best to avoid it. When and if it comes, they can become defensive and take it as a personal attack.

Being sensitive also means that ISFPs are often considerate about others. However, make no mistake. They will put themselves and their needs first when the chips are down.

6.      ISFP Females and their Enneagram Types

ISFP females are more likely to be type 9s than any other type. They can also be type 6s.

Their wing also knows their moral or spiritual need. However, just like type 9s, they can be indecisive.

ISFPs are not particularly bad at handling their finances. However, they won’t be the best at it. For them, it’s really just a constant flow of change.

Sometimes, they’ll be great at handling their finances. At other times, it can be really difficult for them.

What makes the ISFP Female Attractive?

The need for adventure and independence makes the ISFP female attractive. They want to explore the world on their own terms. It’s hard to stop them from achieving this goal.

ISFP Females and their Career Options

ISFP females want to follow their passions. This also extends to their careers. They also want a career that opens up new projects and adventures.

ISFPs, in general, want their career to make them self-sufficient while giving them time to pursue their independence.

Because of their strong values, it’s not surprising when they take on careers that express these values.

While in the work environment, they love to have a flexible schedule and a harmonious environment. Get your ISFP females these things and watch them come to life.

Best Careers for the ISFP Female

Worst Careers for the ISFP Female

Thinking of dating an ISFP female? Here are some things you should expect.

This also extends to intimacy. ISFP females want to feel free and loved at the same time. If achieved, it can be an incredible feeling.

There are two solid reasons why the ISFP female needs space in their relationship. First, they are introverts. Thus, they need time to recharge after interacting with people.

Also, they don’t like to be micromanaged or put in a box. So, you have to give them a lot of space and time. This allows them to pursue their own adventures and independence.

It also solves the commitment problem that most ISFP females face. While definitely not a rule, they can be scared of commitment. By not putting them in a box, you allow them to relax and trust the relationship

The natural partner of the ISFP female is the ENFJ or ESFJ. However, any two persons can make a relationship work. It’s also important to consider other factors when deciding if a person is the right fit.

As earlier stated, ISFP females don’t do well with criticism. This is even worse if it comes from their partners.

So, try to avoid this. Instead, suggest new ways of doing things. ISFPs are always willing to try something new. By suggesting new methods, you will be fulfilling this desire.

Trying to criticize their actions will get you nowhere.

ISFP females are free spirits that want to experience life to the fullest. They are a delight to have around.

The Unhealthy ENFP- Understanding the ENFP Dark Side

Who is the Assertive ESFJ (ESFJ-A)?