The ESTP Female (A Complete Guide) 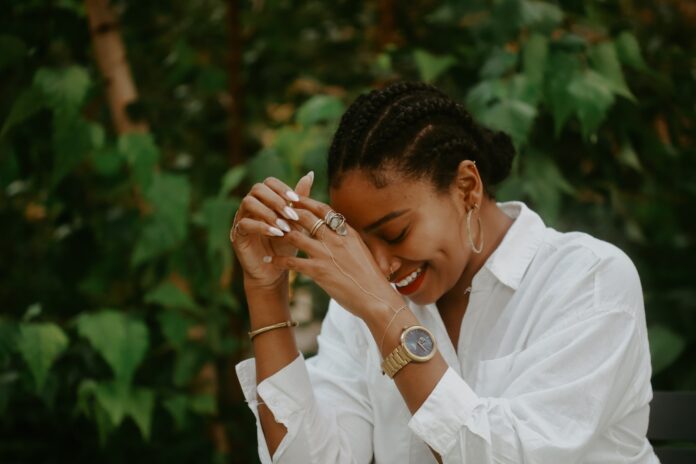 The ESTP is considered to be the entrepreneur of the MBTI typology. They are tough, business-like, and fiercely opinionated. So how do these qualities manifest themselves in a female? What can you expect from an ESTP female?

ESTPs, in general, are on the rarer side of the spectrum. ESTP females are even rarer. They make up just 3% of the total population of women.

This can make adjusting and fitting in a bit harder for the ESTP female.

So, what can you expect from an ESTP female? Here are some general traits that they show.

If an ESTP female has an opinion about something, you are going to know. They are going to tell you the moment they step into the room.

This makes them both opinionated and outspoken. Because of their directness, they can be intimidating to other female types.

ESTP females strongly believe that being assertive and direct is the best way to communicate.

ESTP females have incredible willpower. This allows them to power through most of their tasks easily and efficiently. It also gives them a lot of determination.

This determination usually serves them well if they have to climb the corporate ladder or when they are starting their own business.

Just like other thinker subtypes, ESTP females are extremely logical people. They use their love for rational thinking in all aspects of their lives.

This might serve them well when dealing with business transactions and corporate meetings. However, it can be a bit too much in relationships. This is especially true if their partners are feeler types.

ESTP females want to fall in love with the physical world. Thus, they are always up for an adventure. Hiking, mountain climbing, and any other physical activities will be of interest to ESTP females.

It is also not surprising if they are into sports.

ESTP females can also be very competitive. Because of their natural drive and determination, they often want to be at the top of the chain.

This can make them quite competitive.

If the ESTP female is unhealthy, they can go to any length to achieve success.

ESTP females are aggressive. This does not necessarily show physically. However, this can show in their actions. They can be very direct in pursuing whatever they seek.

This can make them impulsive and quite reckless especially when handling finances. However, a well-developed ESTP female will be better equipped to deal with these problems.

It’s easy to look at the ESTP female as someone strong and very logical. However, the truth is that they can be very caring.

They view those close to them as family. Thus, ESTP females will make attempts to them happy. This can be anything and will largely depend on the ESTP female.

However, it is clear is that they take their loved ones seriously.

ESTPs, in general, usually identify as Type 8s or Type 7s. Thus, the vast majority of ESTP females will either be 8w7 or 7w8.

This makes sense as it perfectly aligns with their industrial personality.

What Makes the ESTP Female So Attractive?

Their willpower and determination make the ESTP female so attractive. They can get things done and have an incredible work ethic.

These qualities can either be inspiring or very intimidating.

The ESTP Female and Their Careers

ESTP females work well in environments that give them the freedom to apply their logic when solving problems. Just like other ESTPs, they make use of past experiences when dealing with present situations.

This allows them to easily pinpoint solutions that can work now that worked well previously.

Thus, ESTP females are also very independent. This allows them to do quite well on their own. To get the best out of the ESTP female, put them in a role that allows them a bit of fun and spontaneous activity.

Because the ESTP female is often aware of their physical environment and loves physical activities, they can make excellent fitness instructors.

This allows them to develop their bodies while also teaching others. It also gives them a bit of that independence they often crave.

ESTP females are one of the few female sub-types that would make excellent military officers. They have a certain energy about them. Plus, their competitive nature can command respect anywhere they find themselves.

Even in the army.

Careers to Avoid as an ESTP Female

The ESTP Female and Dating

Thinking of dating an ESTP female? Here are some interesting things you should know.

1.      Their Relationships are Never Boring

They have a need to be spontaneous. To them, that is really when they are the happiest. So, if you want to date an ESTP female, prepare for the adventure of your lives.

While people often attach sentiments to relationships, ESTP females do not. They know what they are looking for in a relationship. So, if they don’t see it or things suddenly change, they won’t be afraid to walk away.

This trait often gives them a bad rep. However, it just shows that ESTP females will not settle for less.

Matured ESTP females have a direct style of communication with their partners. They are very honest about their feelings and tell their partners exactly what is on their minds. They also expect the same from their partners.

To the ESTP female, this is one of the easiest ways to build trust and reduce levels of misunderstanding.

If you want to date an ESTP female, then you have to ooze confidence. ESTP females want to be with someone sure of themselves and their abilities.

To ESTP females, this quality is very appealing. So, if you are someone who needs constant reassurance or are unsure of yourself, pairing with ESTP females might not be the best idea.

ESTP females are a force of nature. If you have one by your side, you definitely have something special.

ESTP vs ENTP- How Can You Tell Them Apart?

Who is the Assertive INTJ (INTJ-A)?

Who is the Assertive ENTJ (ENTJ-A)?

The ENTP Male- Persuasive and Full of Charisma

ESTP-T: Who is the Turbulent ESTP?