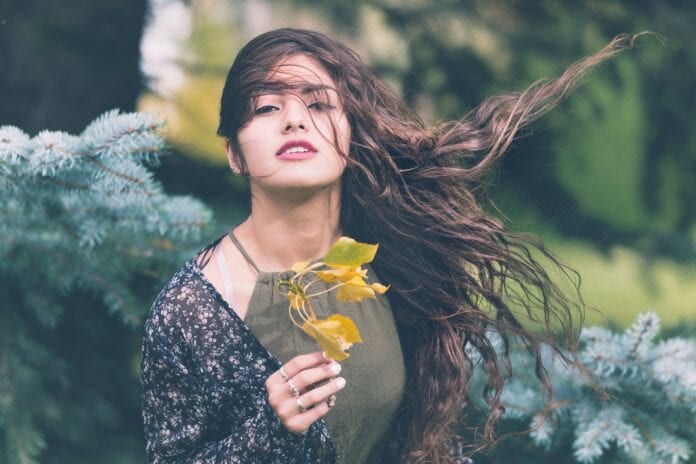 The INTJ personality as a whole is very rare. In fact, it is one of the rarest personalities in the world. However, there is something you probably didn’t know about the INTJ. The INTJ female is even rarer.

They make up just 1% of the world’s population. This means that if you have an INTJ female or lady in your life, then you are really blessed.

In this article, we are going to consider the INTJ female and what you can expect from her.

What is the INTJ Personality?

The INTJ is a personality type that is part of the MBTI typology. This type is an abbreviation of introverted, intuition, thinking/thinker, and judging.

INTJs are intuitive by their very nature and will love abstract concepts and ideas. They will also be quite logical and will make decisions based on pure logic.

Quick Facts about the INTJ Female

If you are an INTJ woman or if you are close to one, you are definitely going to notice one of these traits.

This is really the first thing that comes to mind. The INTJ female is fiercely independent. She often refuses to rely on anyone. Furthermore, she might even feel being dependent is a form of weakness.

Because they want to stay independent, INTJ females will want to make and grow their own income from an early age.

The INTJ female is very logical. While they acknowledge that emotions are valid, they will put logic over those emotions when making important decisions.

Because the INTJ female is logical, she will also be less sensitive to certain issues. She is also going to be able to take constructive feedback and make improvements based on them.

The INTJ female is simply not going to accept certain things because that is how they have always be done. To convince the INTJ that something is true, you will have to show them logical proof.

The INTJ female is also most likely not going to obey the authorities just because they have that title. They are going to want to see them perform their roles well before lending their support.

An INTJ female is street smart. This means that she is highly capable of getting what she wants with the right interactions. She will also be highly competent in whatever job she is asked to do.

If there is one person on the team that can be trusted with work, it is the INTJ female.

While naturally introverted, the INTJ female is often a great counselor and adviser of other people. This does not mean that she will offer her advice without being asked. However, when asked for advice, she always has something meaningful to say.

What makes the INTJ female so attractive?

The strong will and independent nature of INTJ are what make them stand out. They are certainly no pushovers and can be very hard working. If you see an INTJ female, you are immediately going to notice how tough and opinionated they are.

The INTJ Female and Her Career

The INTJ woman usually wants a career that allows her to use her creativity to bring forth innovative ideas. This means that they might feel stifled in a place that has too much red-tapism.

While this is true, they usually like to work where there are already laid down instructions on what they have to do.

Working in an environment that is spontaneous and disorganized will really be confusing to the INTJ. This is probably because of the Judging function. This function prefers planning activities to surprises.

Best Careers for the INTJ Female

Having said that, here are some careers that will definitely be rewarding.

Because the INTJ female is both logical and creative, they will make good writers. Their writings are usually straight to the point and very easy to understand. You can also spot their writing by its structure. They will make it as organized as they can.

Because of the INTJ’s natural ability to make tough decisions, they will fit in perfectly into the role of a top executive. They will also be adept at handling the management of the organization. This generally translates to a better organization.

The INTJ female will also make great financial advisors. They will be able to read their client’s finances really well and make the right recommendations.

As INTJs are known to be logisticians, the role of a financial advisor will fit her perfectly.

Related- INTJ vs INTP- How can you tell them apart?

The INTJ female and Dating

Are you planning on dating an INTJ woman anytime soon? If you are, here are five things you should know about the INTJ female when it comes to relationships.

While looks are appealing to a lot of people, this is not what first catches their interest. The INTJ female is often looking for mental stimulation.

So, their partners must be intelligent or smart. This does not necessarily been smart academically. It has to do with the way they think and the conversations they like to have.

Simply put, the INTJ female is more likely to be a sapiosexual.

If there is anything that the INTJ loves, it’s crystal clear communication. This trait is also evident in the INTJ female. They want to communicate with their partners clearly.

This also means that they are going to be blunt with you. They are always going to tell you exactly how they feel. To them, saying the truth is better than sugarcoating it.

If you want to be with an INTJ female, you are going to have to respect her opinions. This is because she is going to express them.

It’s going to be crucial here as you are probably going to be the first person she tells. So, even if you don’t agree with her, respect them and be firm about your own opinions.

She’s going to respect you more for it.

The INTJ is always going to overthink a relationship. Most INTJs are going to view relationships as a problem that requires a solution or has to be done a certain way.

Because INTJ is going to overthink, they might first come across as awkward or a bit clumsy in the relationship.

During this stage, you have to be patient with them. They are going to get used to it. Just wait and see.

5.      They Are Going To Want a Defined Relationship

The INTJs are not ones to want to be in a situationship. So, you can expect the INTJ female to also dislike that notion. They are going to want to know where they stand.

So, don’t be surprised if they ask you point-blank about the status of their relationship with you.

The INTJ female is definitely a force to be reckoned with. They have all the ingredients to be powerful leaders. So, don’t mess with an INTJ woman.

INTP vs ENTP- How can you tell them Apart?

The ENTP Female (A Complete Guide)

Intuitives vs Sensors- Where do You Fit?

ENTJ 8w7- Here’s What You Can Expect