The ISTP Female- A Blend of Class and Strength 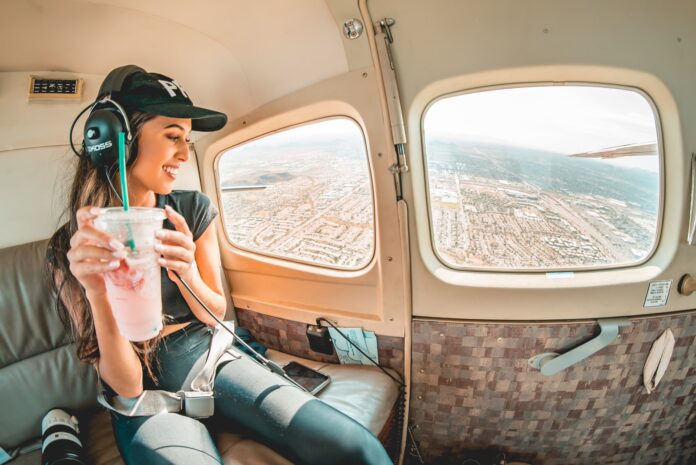 The ISTP female is a rare breed. Barely making up 2% of the world’s population, they are one of the rarer sub-types in the MBTI.

However, the ISTP female is more than just rare. However, their rarity might make it difficult to fully grasp who they are. After all, you will probably meet and know just a handful of them during your lifetime.

So what can you expect from an ISTP female?

So, here are some things that you can expect from ISTP females.

The vast majority of females in the world today are feeler types. Truity puts the number at 75% of all females. ISTP goes against this stereotype.

They are very rational people who prefer to use logic when making important decisions. This includes decisions about their relationship and how they contribute in their workplace.

For these women, logic helps them put things in order and they simply love it.

ISTP females are fiercely independent. Thus, trying to micromanage this type or tell them how to live is going to fail.

They will resist it with everything that they have. Their need to be independent might see them excel at the things they love.

For ISTP females, living based on people’s expectations is not living at all. This also means that they are less likely to be people’s pleasers.

ISTP females are very curious people. They love to go in-depth on any topic that interests them. This makes them seem extremely knowledgeable.

It is not surprising then that a great number of ISTPs identify as type 5s in the enneagram of personality. Their curiosity can also make them deadly debaters or litigation lawyers.

4.      Love-Hate Relationship with Norms and Traditions

ISTP females like all sensors place some importance on norms and traditions. They like a bit of structure and a clear hierarchy.

However, this does not mean that they blindly follow these norms irrespective of the consequences. ISTP females question ideas and actions that they don’t agree with.

So, with norms and laws, there is a love-hate relationship. ISTP females love norms but are not too fixated on them.

If an ISTP female loves to do a particular thing, they can be extremely passionate about it. Their passion can allow them to take on tasks that are difficult and execute them with precision and accuracy.

Because they are passionate people, they can often be very spontaneous and open to new adventures. This is especially unique as most sensors prefer activities that they are comfortable with.

You should know that the ISTP female really does not have anything against you if they refuse to engage with you.

Sometimes, you are simply interfering with their alone time.

What makes the ISTP Female so Attractive?

Her independence and rational thinking make the ISTP female attractive. Because she is extremely logical, it is easy for her to keep an open mind when confronted with various situations.

The ISTP Female and Her Career

Just like the ENTP female, the ISTP female is always up for new challenges. They also tackle them with gusto.

This often allows them to succeed in professions dominated by men. ISTP females naturally thrive in jobs that allow them to solve problems and tackle challenges.

ISTP females also do not necessarily like to work behind a desk. They would rather be where the fun is. That usually is in the field.

They also do better when they are not micromanaged but allowed to respond freely to challenges. To get the best out of an ISTP female, give her a role that involves analysis and mental sparring.

ISTP females would make wonderful civil engineers for several reasons. First, it allows them to tackle and solve problems every day.

It also means that they will be in the field of work, experiencing life to the fullest. These are simply things that they live for.

Being a chef might also be a great option for the ISTP. It gives them a platform to try new exciting recipes. Plus, their spontaneous nature might see them create recipes that no one has ever made.

Being a chef takes you right into the field. This is something the ISTP female would love.

Here are other career options for ISTP females

Careers to Avoid as an ISTP Female

The ISTP Female and Dating

Are you dating an ISTP? Here are some things you can expect from an ISTP female in a relationship

ISTP females are very adventurous in their relationships. Thus, if you are dating an ISTP female, be prepared for a roller coaster ride.

While they love traditions, ISTP females don’t hold onto them tightly in their relationship. They like to explore intimacy amongst other things.

To them, their relationship is something to be enjoyed and they plan on doing just that.

ISTP females prefer direct communication in relationships. They are often able to take constructive feedback and work on it. Thus, if you have an issue with an ISTP partner, just let her know.

If you do it directly and with minimum fuss, chances are that you are going to earn her respect.

ISTP females don’t necessarily enjoy casual dating. It’s not about the concept but the implications of casual dating. As earlier stated, they need a lot of time alone. Thus, wasting that time getting to know a lot of people who won’t mean much later on just does not appeal to them.

ISTP females would rather focus on people they want to commit to.

ISTP females are extremely independent. So, making them feel trapped in a relationship is a pretty solid way to ruin everything.

They want to know that they can explore their options when it comes to their careers and projects. If their relationship with you proves to be a hindrance, they might not stay for very long.

If there is something fairly common among ISTP females, it’s their love for physical touch. They crave intimacy with their partners, and this is one way they express it.

So, if an ISTP female is all touchy with you, chances are that she’s into you.

The ISTP female is a force to be reckoned with. They are a true blend of class and strength.

INFJ Female- A Lesson in Rarity

Who is the Assertive ISTJ (ISTJ-A)?

The ISFP Male (The Complete Guide)

Who is the Turbulent ENFP (ENFP-T)?

Enneagram 8 in Love- What to Expect in a Relationship

Enneagram 5 in love- What to Expect in a Relationship

50 Signs That Proves You are an Extroverted Introvert

50 Signs You are an Introverted Extrovert