What is the INFJ Stare? (A Guide) 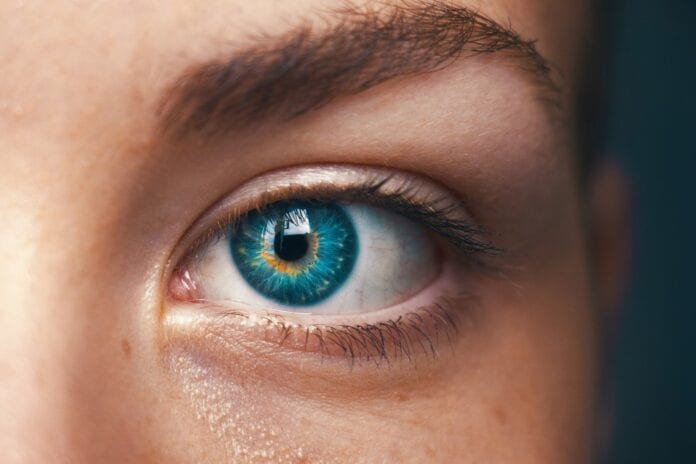 Are you close to anyone to an INFJ? If you are, you probably have noticed the intense stare that they seem to give off sometimes. That stare is actually a thing in the MBTI. It is widely regarded as the INFJ stare.

In this article, we are going to consider what the INFJ stare really means, why it happens, when it happens and how you should treat it. We will also talk about why it is similar to the INTJ death stare.

If you want to learn more about the INTJ death stare, you should click that link.

What is the INFJ Stare?

The INFJ stare is a stare that is peculiar to the INFJs. This stare is intense and can be present in some specific situations. It is also very intimidating if you do not really know the INFJ.

The INFJ stare can make INFJs seem very unapproachable and friendly. It can also make you feel weird and awkward if the stare is directed at you. However, most times, this isn’t really the case.

You should also know that most times, this stare is simply not directed at anyone. It could be the INFJ staring into space.

Why does the INFJ Stare Happen?

The INFJ stare happens because of the INFJ’s introverted intuition. This allows them to get lost in their head and the endless possibilities. This is often their default action when the external environment seems boring or just overwhelming.

When does the INFJ Stare Happen?

An INFJ stare happens when INFJs are in some situations. These situations are closely tied to how the INFJ might be feeling emotionally at that point.

We all have that neutral look we give when nothing is on our minds. That look might also come up when our emotions are pretty stable.

Well, the INFJ also has that neutral face. That face is the INFJ stare. So, you are very likely to see them with that face on when they are simply normal or have nothing on their mind.

Their default face is most likely to come up when they are walking down the street or simply trying to relax.

INFJs are really deep people. They want to keep on learning. It’s not surprising then that the majority of INFJs are type 4s or Type 5s. Because of this need, they will constantly be reading or watching new things.

This can make them concentrate really hard. When this happens, the INFJ stare is going to come up. You are probably going to see the face when they are watching a movie or trying to study.

3.      The INFJ Stare Can Happen When They are Lost in Thought

When INFJs are lost in thought, they lose active consciousness of how their face appears. When this happens, their default face is going to take over.

This means that if an INFJ is thinking or is lost in thoughts, they are going to keep a straight face. To an outsider, this face might be intentional and seem scary.

However, the INFJ might not even be aware that their faces are giving out this impression.

4.      The INFJ Stare When They Have Door Slammed You

When an INFJ door slams you, this means that they have completely cut you out of their lives. Thus, they will not want to be around you.

With a door slam, there is no pretending for the INFJ. They show it through their faces and their gestures that you are pretty much unwelcome in their lives. The INFJ stare is the perfect way to show you that they really don’t care about you.

INFJs are one of the most extroverted introverts we know. However, just like many introverts, they need time to recharge and be their selves after a lengthy social exchange.

So, when the INFJ is drained, they are really not in the mood for any type of conversation. They just want to be alone. So, some INFJs might put on the INFJ door slam at this point.

For others, they might really look tired. So, try to give them the space that they really need during this period.

INFJ stares are referred to as “soul-piercing” by some. That makes sense as INFJ is one of the types that show a very high level of emotional intelligence.

If the INFJ thinks you are an interesting person, they might want to study you to understand why you behave the way you do.

This might lead to you catching their stare a few times. You can feel very exposed by the stare.

Remember we said that INFJs can get socially drained. So, once they get their alone time, they need to stay there undisturbed for some time.

During their alone time, they might put on this face and hope it is really enough to deter people from talking to them.

An INFJ I personally know might even delay responding to your questions just to avoid initiating a conversation with you.

The INTJ and INFJ death stares are two of the most intense stares in the MBTI typology. These two stares are quite similar and can be explained with one cognitive function the two types share. That is their introverted intuition (Ni).

This cognitive function allows these two types to piece together puzzles and ideas without even expressing themselves. Because of these processes happening in their heads, these two types can get lost in their thoughts.

When this happens, they have no control of their faces. The INTJ and INFJ are the only two types that use introverted intuition as their dominant preference.

Other types that might have this stare to a lesser degree are the ENFJ and the ENTJ. They use introverted intuition as a supporting function.

The INTJ and INFJ stare also feels different to some people. While the INFJ stare feels like they are looking in your soul, the INTJ stare is much more unfriendly and intimidating.

How Should You Treat the INFJ Stare?

The INFJ stare and its meaning can clearly change depending on the circumstances. So, you should always be attuned with what your INFJ is feeling.

However, the INFJ is simply normal the majority of the time. Talking to them might be one of the things they actually want.

So, don’t allow the INFJ stare to deny you the chance to create a lasting relationship or friendship.

INFP 9w1- Here’s what to Expect

INFJ 4w5- Here’s What You Can Expect