Who is the Turbulent INFP (INFP-T)? 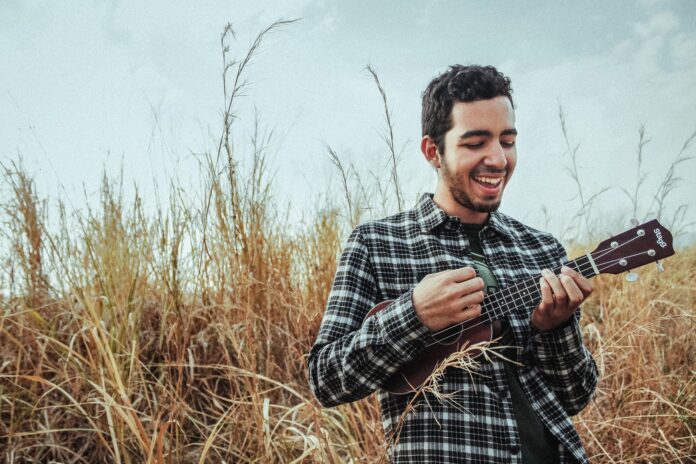 You’ve probably met an INFP before. They’re sweet, kind, and quite lovable. However, what you probably don’t realize is that INFPs come in different shades. Two very popular variations of the INFP is the INFP-A and INFP-T

In this article, we’ll be focusing on the INFP-T. If you want to know more about the INFP-A, then you can click that link.

Who is an INFP-T?

This is the turbulent INFP. They take a more laid-back approach to life. This reflects in most decisions they make or their attitude towards others.

You should know that the INFP-A and the INFP-T share the same cognitive function. The only difference is in their last letter.

For a detailed comparison between the INFP-T and INFP-A, you can click that link.

Turbulent INFPs are more introverted than other INFPs. While this has its advantages, it also means that they can be more isolated.

Being more isolated can cause the INFP dark side. However, if you are an INFP-T, you can be sure that you will need a lot of alone time.

INFP-T needs a bit of reassurance. This is especially true when making big decisions. So, expect them to consult people they trust in these situations.

Thus, people’s opinions usually have a large impact on their final decision. This has its pros and cons.

Consulting others means that INFP-Ts usually have the big picture when making a decision. This usually leads to better results.

The downside is that the INFP-T can become too dependent on others. They might even lose their boundaries and values in the process.

INFP-Ts are more likely to be people-pleasers than any INFP subtype.

INFPs are generally confident in their choices. However, the confidence of the INFP-T will just be a tad lower than other INFPs.

Thus, turbulent INFPs are more likely to have doubts about their own decisions and themselves. In extreme situations, they might even suffer from low self-esteem or self-confidence.

INFPs are very sensitive people. They have a lot of emotions hidden just beneath the surface. However, INFP-Ts will have more difficulty controlling those emotions.

Thus, expect more emotional outbursts from this subtype. While this is true, they are also more in touch with their emotions.

So, INFP-T might have greater self-awareness than other INFP subtypes.

INFP-Ts are more likely to be type 9 than any other type. If they are type 9s, they usually have type 1 as their wing.

While not as common, INFP-Ts might also identify as type 4. If they are type 4, they will usually have type 5 as their wing.

These are the more common classifications of the INFP-T. There will always be the odd exception.

INFP-Ts often feel the need to do things perfectly. They have big visions and go hard for their passion. However, complacency is really their biggest obstacle.

INFP-T struggle to meet up with their potential as they just cannot get themselves as motivated. Thus, people might often see this subtype as complacent or downright lazy.

You can pretty much say that the reason why INFPs are called mediators is because of this subtype. INFP-T are more likely to be diplomatic about issues than confrontational.

Thus, INFP-Ts are less likely to get into conflicts. Because of this, they might also be able to see different perspectives and angles to an issue.

This makes people feel heard and their feelings validated.

Turbulent INFPs are likely to be pessimists and skeptics. Thus, their first reaction might be to think of negative ideas.

They might also feel like they might never get things together and develop. While this is true, it certainly does not mean that they feel this way all the time.

INFPs approach dating from an idealistic standpoint. This is no different with INFP-Ts. They love the idea of romance and want to be in a relationship.

If there’s something you should expect in a relationship with an INFP-T, it’s immense love and intimacy.

They adore their partners and do everything they can to make their relationships work. If you are dating an INFP-T, you are in for quite a treat.

Here are other things you should know about this personality type in relationships.

The natural partners of INFP-Ts are ENFJ-A and ESFJ-A. While this is true, any two mature people can make a relationship work.

You just need to put in time and effort.

INFP-T looks for deep connections in their relationships. They want to be close to their partners and know everything that makes them tick.

They want to have those deep conversations and know their partner’s flaws and vulnerabilities. This is what connects them to their partners. INFP-Ts would have it no other way.

As earlier stated, INFJ-Ts don’t mind a lot of intimacy. In fact, they look forward to it with their partners.

So, don’t be afraid to initiate physical touch with them. They also love to spend time with their partners. This can make your relationship last longer.

When a turbulent INFP gets into a relationship, they are in for the long haul. They want to remain committed to their partners forever.

While not all relationships last, you can be sure that they’ll give their absolute best to make it work.

Struggles You Can Expect When Dating an INFP-T

While relationships should not be ridden with conflicts, they also need a bit of it to thrive. You need to have those really difficult discussions if you want to be with your partners.

It can be hard to do that with an INFP-T. Chances are that they’ll attempt to dodge the topic altogether.

It might be an even bigger problem if your partner is an INFP 9w1. Getting them to open to you might involve creating the right atmosphere for discussions.

This personality type can be idealistic when it comes to relationships. They have this picture of how it’s supposed to turn out.

When this doesn’t happen, they might become dissatisfied or lose interest in the relationship. This can put a lot of pressure on their partner.

INFP-Ts would thrive in careers where they can use their mediator skills to make a difference. They are also very creative.

So, expect a blast when they delve into creative activities. They also enjoy having a lot of flexibility. This is something that most perceivers like.

To get the best out of the INFP-T, make sure you place them in a role that promotes creativity and harmony.

Careers to Avoid as an INFP-T

Enneagram 4 in Love- What to Expect in a Relationship

3w2 vs 3w4- Similarities and Differences